History of WG at the Commonwealth Games 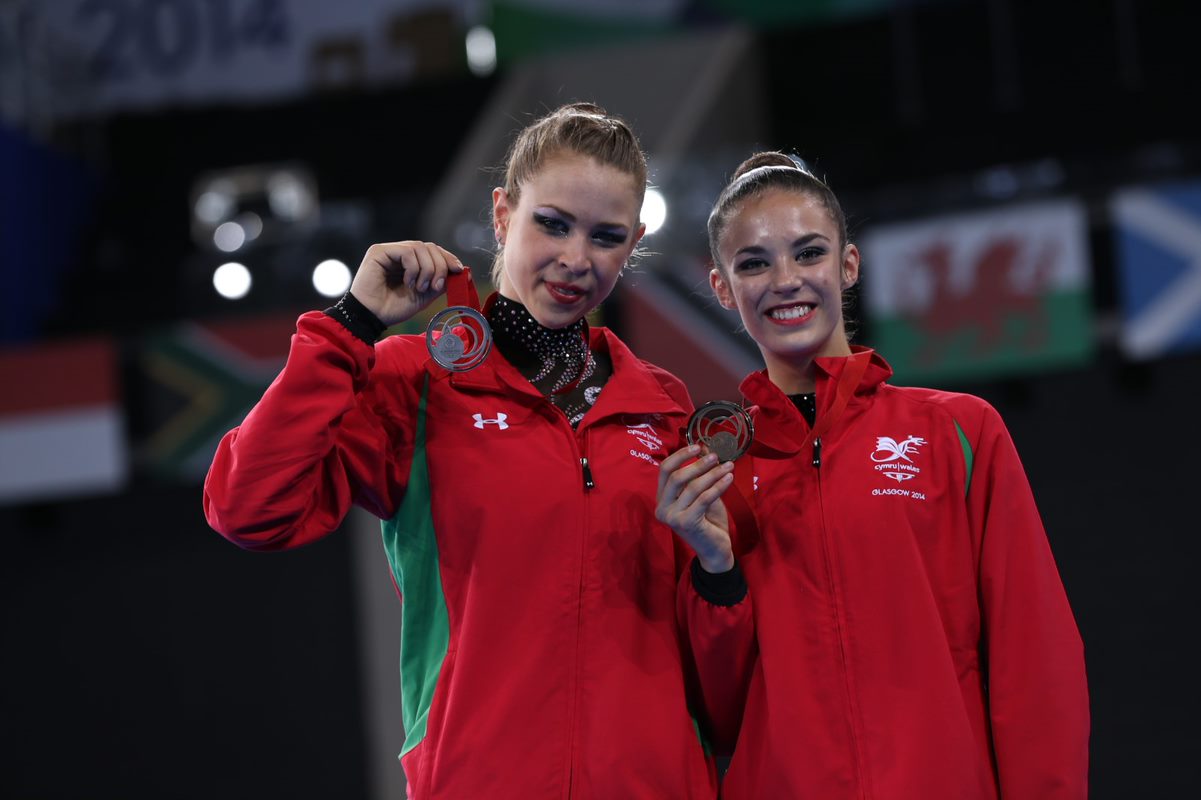 A brief history of Welsh Gymnastics at the Commonwealth Games

Welsh gymnasts have been competing for Team Wales at the Commonwealth Games ever since the sport was first introduced into the Games in 1978.

There are two types of gymnastic discipline at the Commonwealth Games – artistic and rhythmic.

Men and women both compete in the artistic discipline, on different pieces of apparatus. The men compete on six – the floor, pommel horse, rings, vault, parallel bars and the horizontal bar. Women compete on the vault, the uneven bars, the beam and the floor.

Only women compete in rhythmic gymnastics (which was first introduced at the Games in 1990). Rhythmic incorporates the hoop, ribbon, ball, rope and clubs.

Wales’ first gymnastics Commonwealth Games medal was won by then 14-year-old Bedwas schoolgirl Sonia Lawrence – a silver medal on vault – in the women’s artistic competition at the 1994 Games, which were staged in Victoria, in the province of British Columbia, Canada. Sonia would then also go on to compete for Team GB at the 1996 Olympic Games in Atlanta.

The first men’s medal in gymnastics for Wales at the Commonwealth Games came in Melbourne, Australia in 2006 when David Eaton picked up a silver in the horizontal bar. That remains Wales’ only medal in the men’s competition to this day.

The first rhythmic medal came at the 2010 Games in Delhi, India, and was won by Francesca ‘Frankie’ Jones – a silver in the hoop. Frankie is Wales’ most successful Commonwealth gymnast. She competed at three successive Games – 2006, 2010 and 2014.

But it was in her final – and most memorable – Games in Glasgow in 2014, where Frankie won a stunning SIX medals, including a gold medal in the ribbon – which to this day remains Wales’ only Commonwealth Games gold medal in gymnastics.

She also won silver medals in the hoop, ball, clubs and the individual all-around, while was also part of the silver medal winning team from Wales.
That performance in Glasgow in 2014 also earned Frankie the David Dixon Award – which is awarded the outstanding athlete of each Commonwealth Games.

Glasgow 2014 was also by far Wales’ most successful Commonwealth Games overall for gymnastics – with Welsh gymnasts picking up a total of 10 medals at that Games. That’s 10 of the 15 in total in the history of the Commonwealth Games!

At the most recent Commonwealth Games on the Gold Coast in Australia in 2018, Wales won two gymnastics medals. Latalia Bevan, from Merthyr Tydfil, bagged silver in the floor exercise in the women’s artistic competition, while rhythmic star Laura Halford brought home a silver medal after her performance in the hoop.

Emily Thomas and Holly Jones (women’s artistic), Josh Cook (men’s artistic) and Gemma Frizelle (rhythmic) also competed for Team Wales at Gold Coast 2018 – and all four are in contention to also feature at Birmingham next summer…