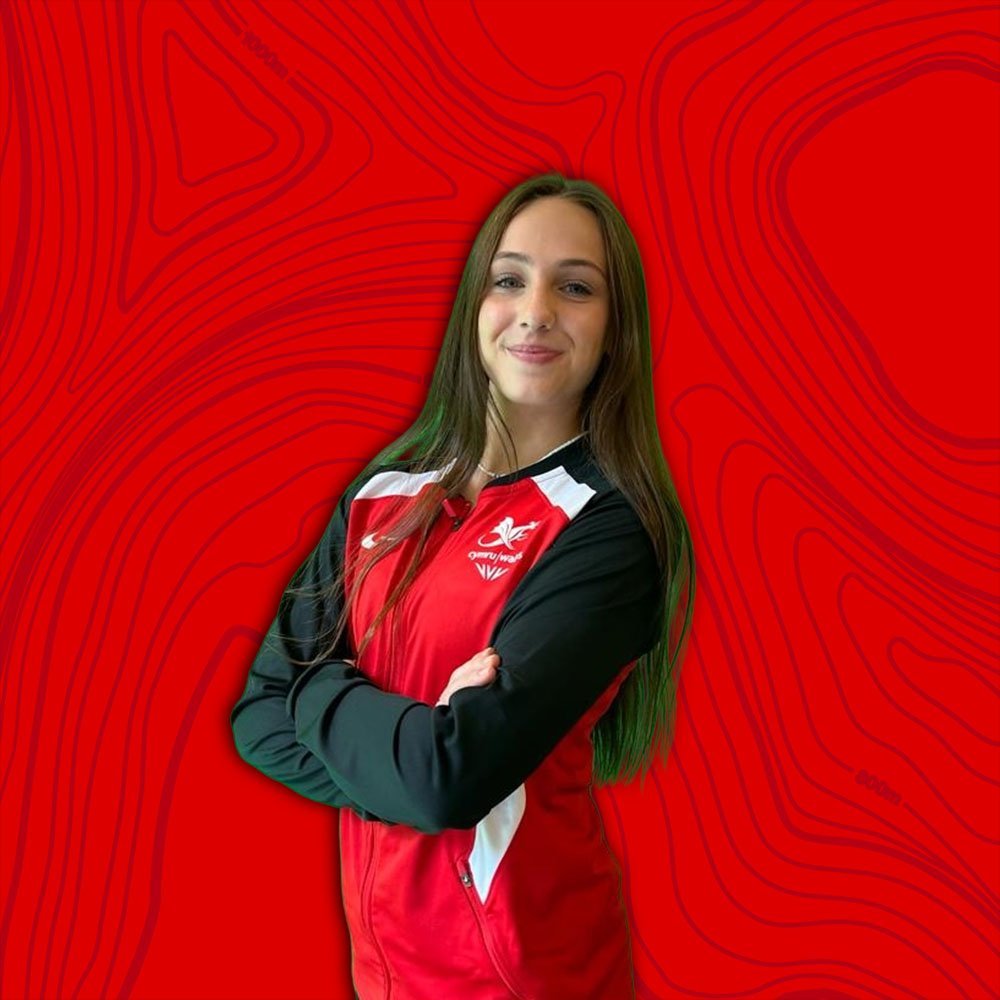 Birmingham 2022: Helped Team Wales secure a fantastic fifth-placed finish in the women’s Team final in her first year as a senior gymnast.

DID YOU KNOW . . .
Mia followed her mother, Angela, into gymnastics. Her father had played football for the county and Wrexham schoolboys. As well as progressing in gymnastics to win representative honours for both Wales and Great Britain, she also reached Grade 3 in ballet. 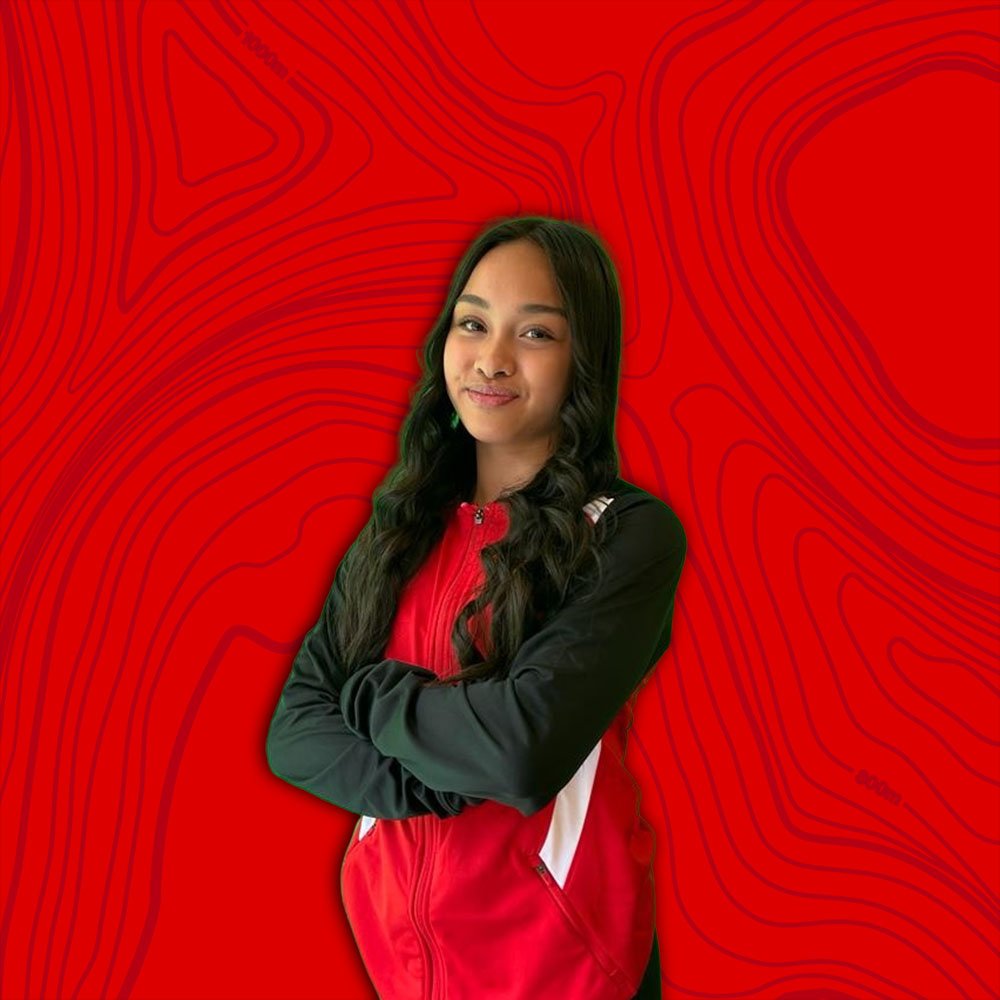 Birmingham 2022: Jea marked her first Commonwealth Games with a terrific top 10 finish in the women’s individual all-around final. She also successful qualified for the balance beam final and rounded off a superb Games with a sixth placed finish on that apparatus.

DID YOU KNOW . . .
Jea was first taken into the British Performance Pathway Development Squad in 2016 following her 10th place finish at the 2015 British Championships when she was still only 10. 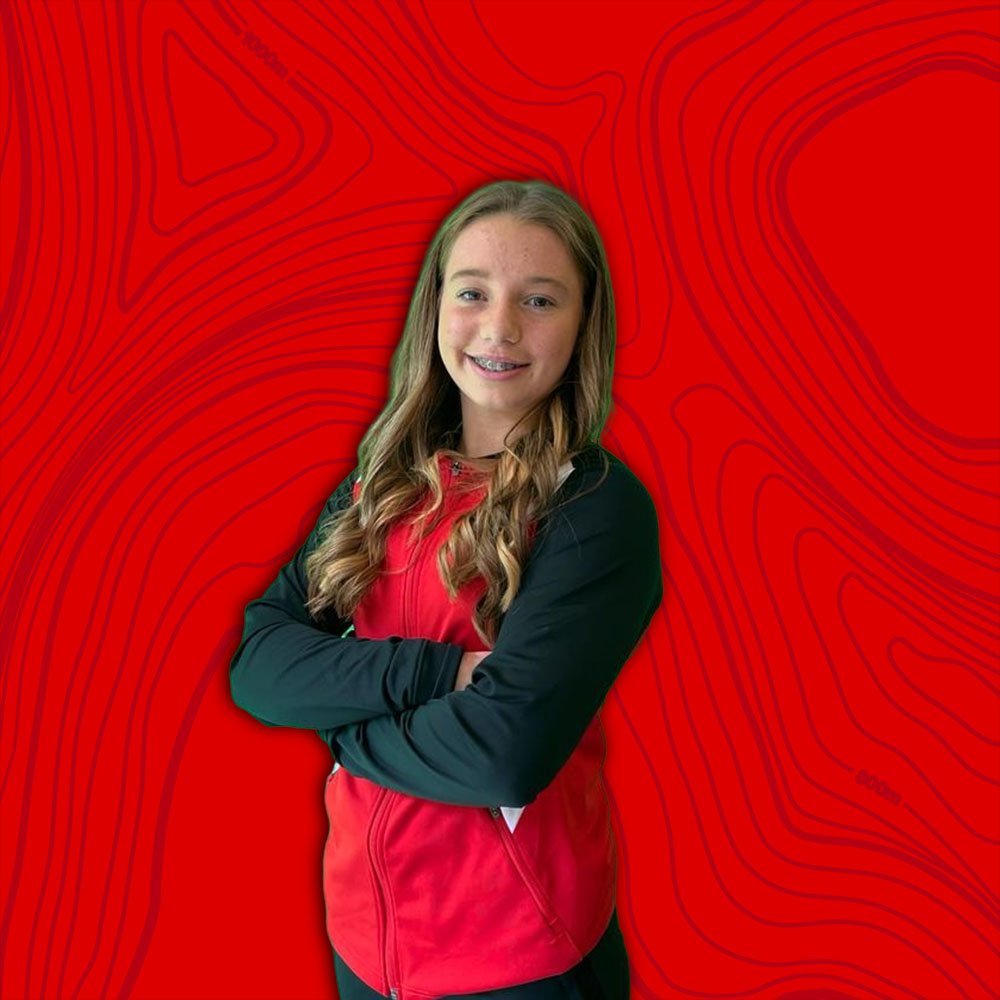 Birmingham 2022: Delivered an impressive performance on her Commonwealth debut, also qualifying for the individual balance beam final and, aged 15, Sofia was the youngest competitor in that final. She delivered a fantastic routine to finish seventh.

DID YOU KNOW . . .
Her uncle, Tarki, played more than 120 games for Cardiff City and was capped as a schoolboy and at U21 level by Wales. She has two dogs, Louis and Ted. 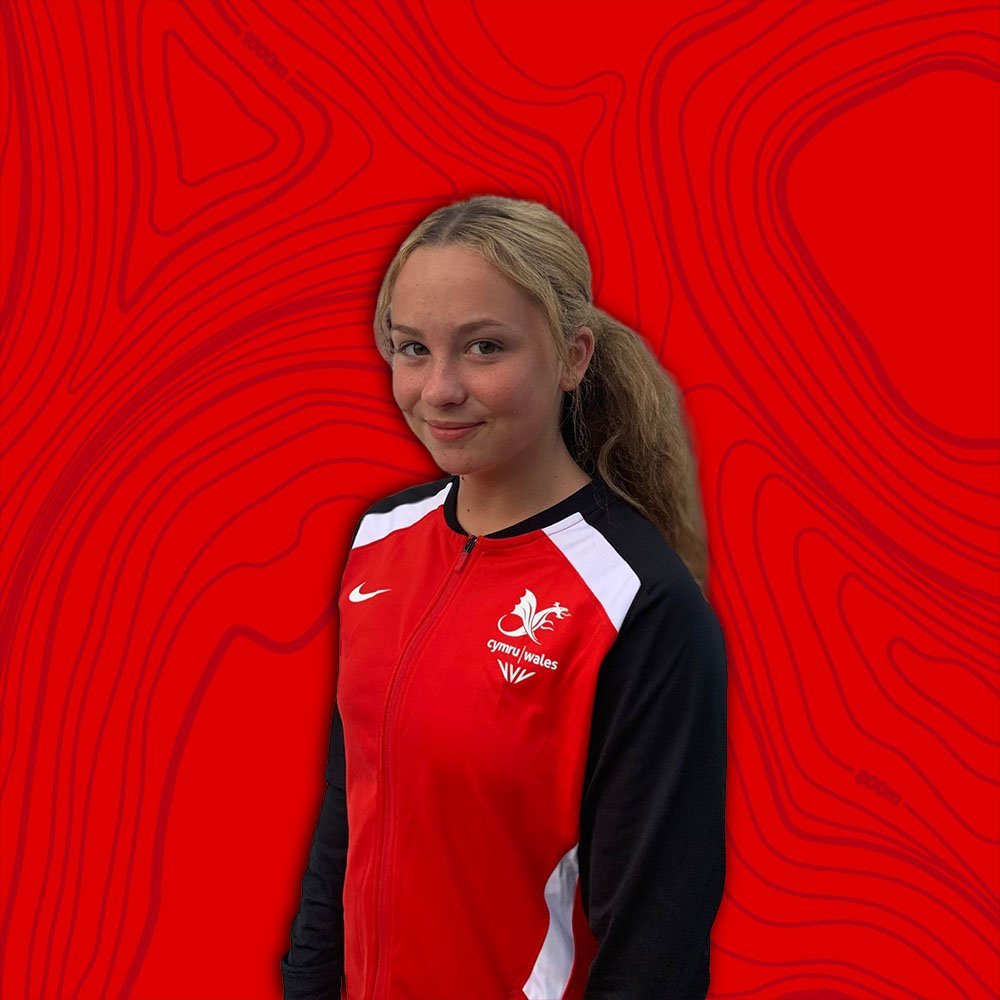 Highlights. . . Placed 10th in the all-around at the 2022 British Championships in her first year as a senior. Finished her junior career as British champion on the balance beam at the end of 2021.

DID YOU KNOW . . .
She was Welsh champion for beach flags and sprint in lifeguards. Her father is the four-time Olympic and five-time Commonwealth Games representative, Bob Morgan. One of Britain’s greatest divers, he is included on the Welsh Sports Hall of Fame’s ‘Roll of Honour’ and won gold, silver and bronze at the Commonwealth Games and silver and bronze at the European Championships. 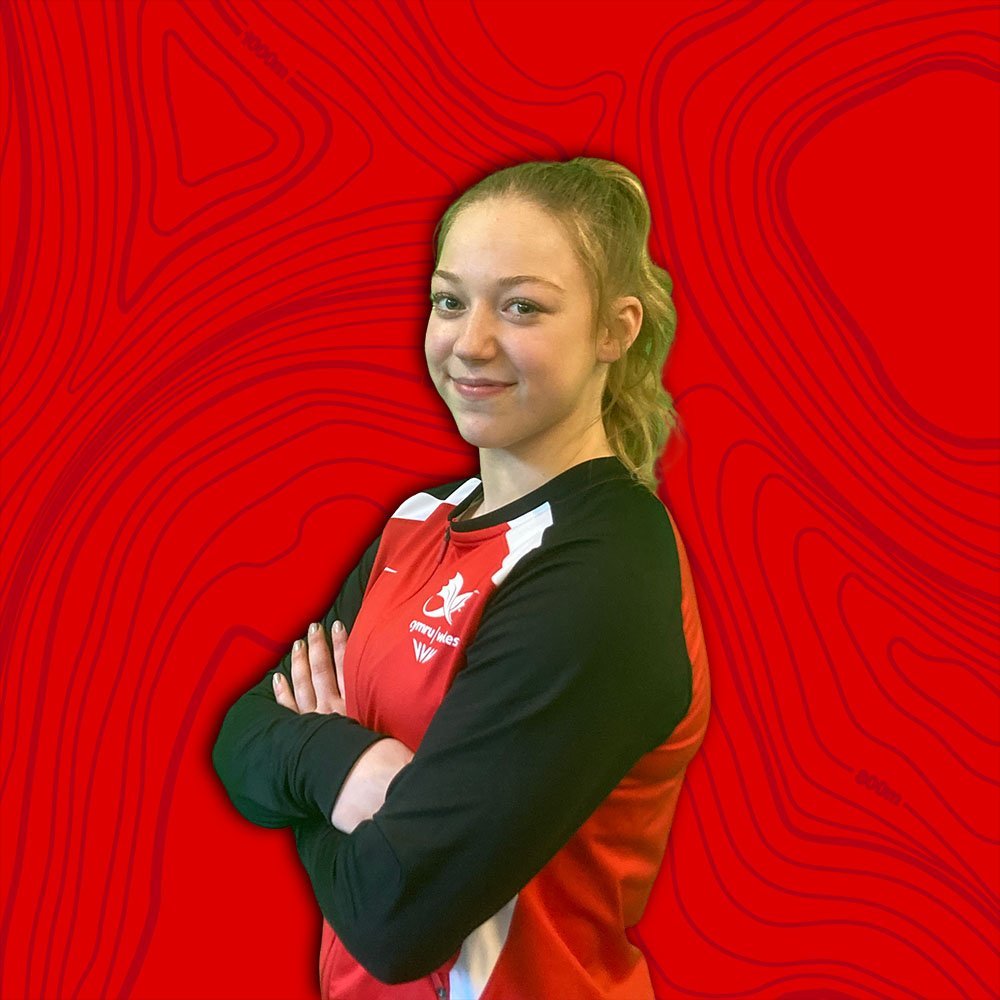 Highlights. . . Poppy enjoyed a fantastic 2022, her first year as a senior. She bagged a brilliant bronze on floor at the British Championships in Liverpool in late March, while then also secured a stunning World Challenge Cup silver medal on floor on her senior bow for Great Britain in Slovenia in June. Poppy was also a women’s team reserve for GB for the 2022 World Championships staged in Liverpool.

Birmingham 2022: Secured a fantastic fifth place in the women’s individual all-around final and also qualified for the floor final, where she finished sixth.

DID YOU KNOW . . .
Her sister, Isobel, used to be a gymnast and is now a coach. Another sister, Indie, is also a gymnast. 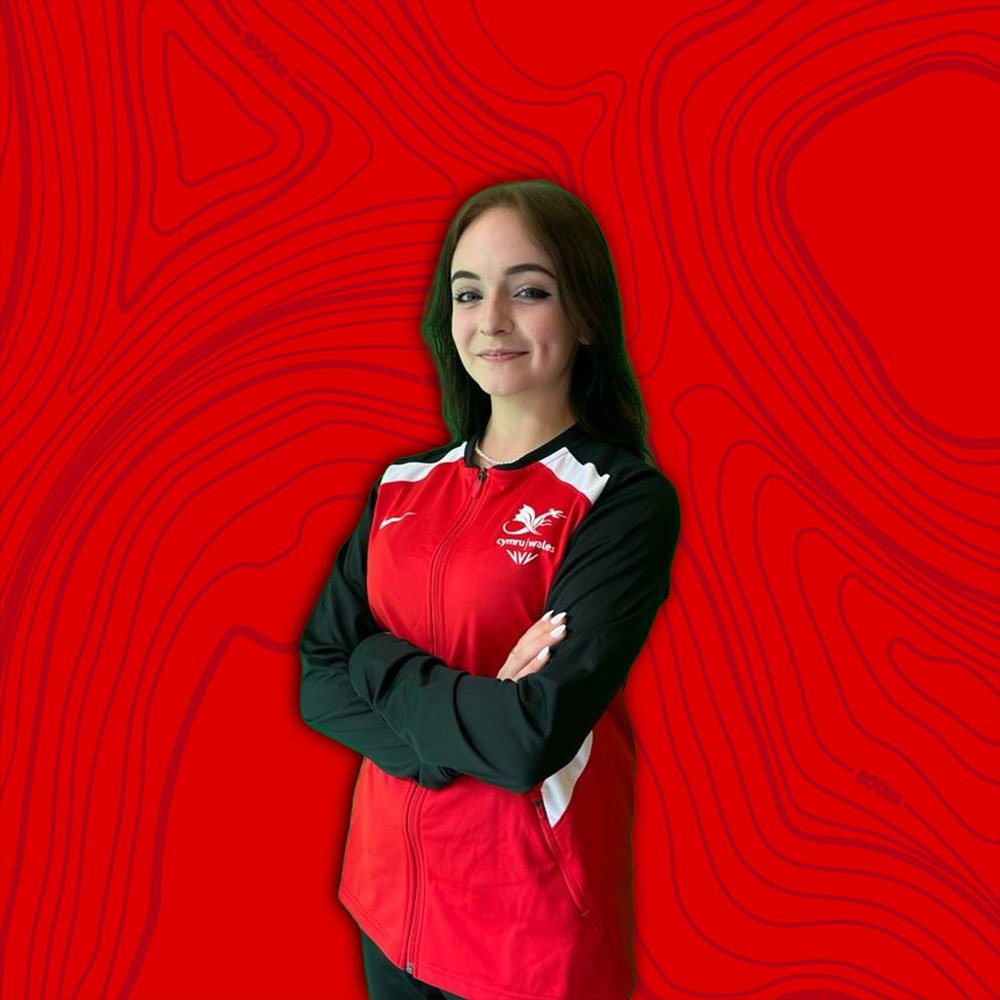 Birmingham 2022: Making her debut at a major championship, Lauryn performed beautifully and was part of the Wales team that finished 6th in the Commonwealth Team final.

DID YOU KNOW . . .
Her mum played netball to county level as a teenager and her dad was a county standard rugby player in his teens. She was a good netball player, but chose gymnastics instead, and competed internationally in cheerleading. 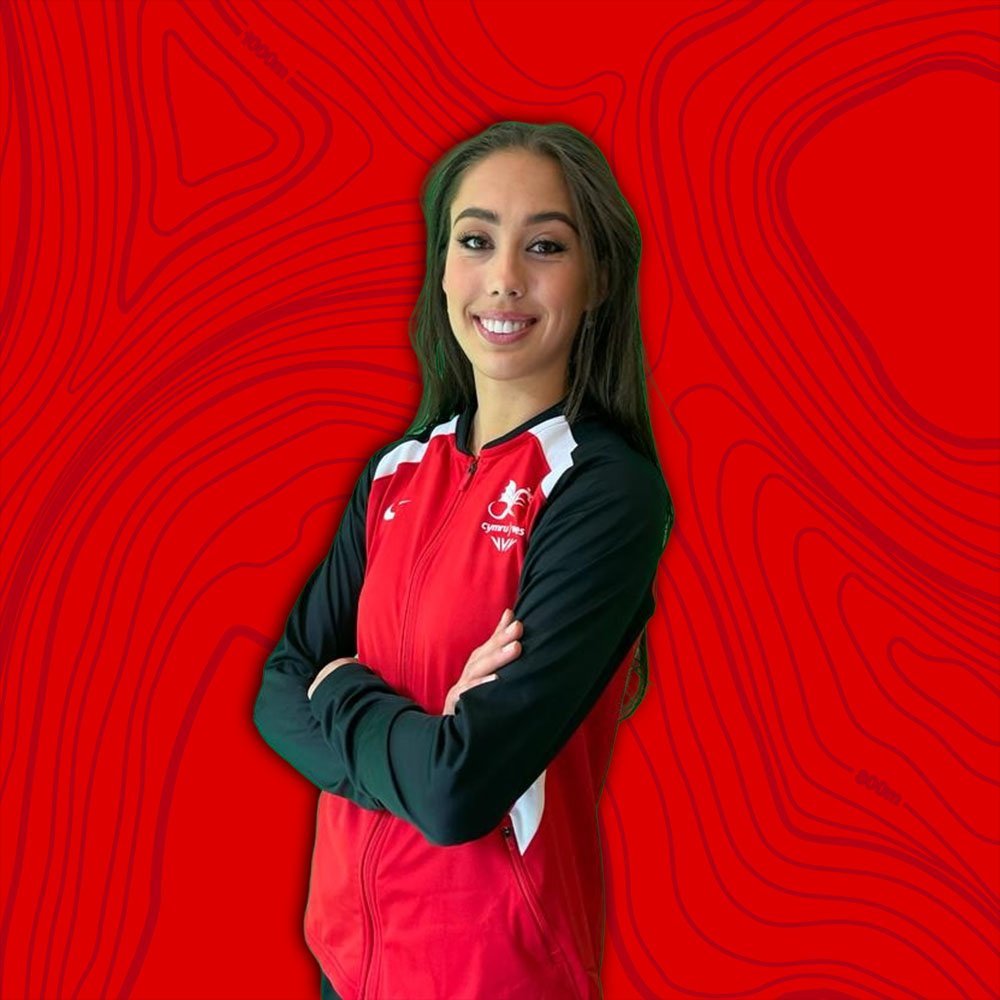 DID YOU KNOW . . .
She is part of a sporting family with one sister having swum for Wales and another run for Wales and Great Britain at junior level 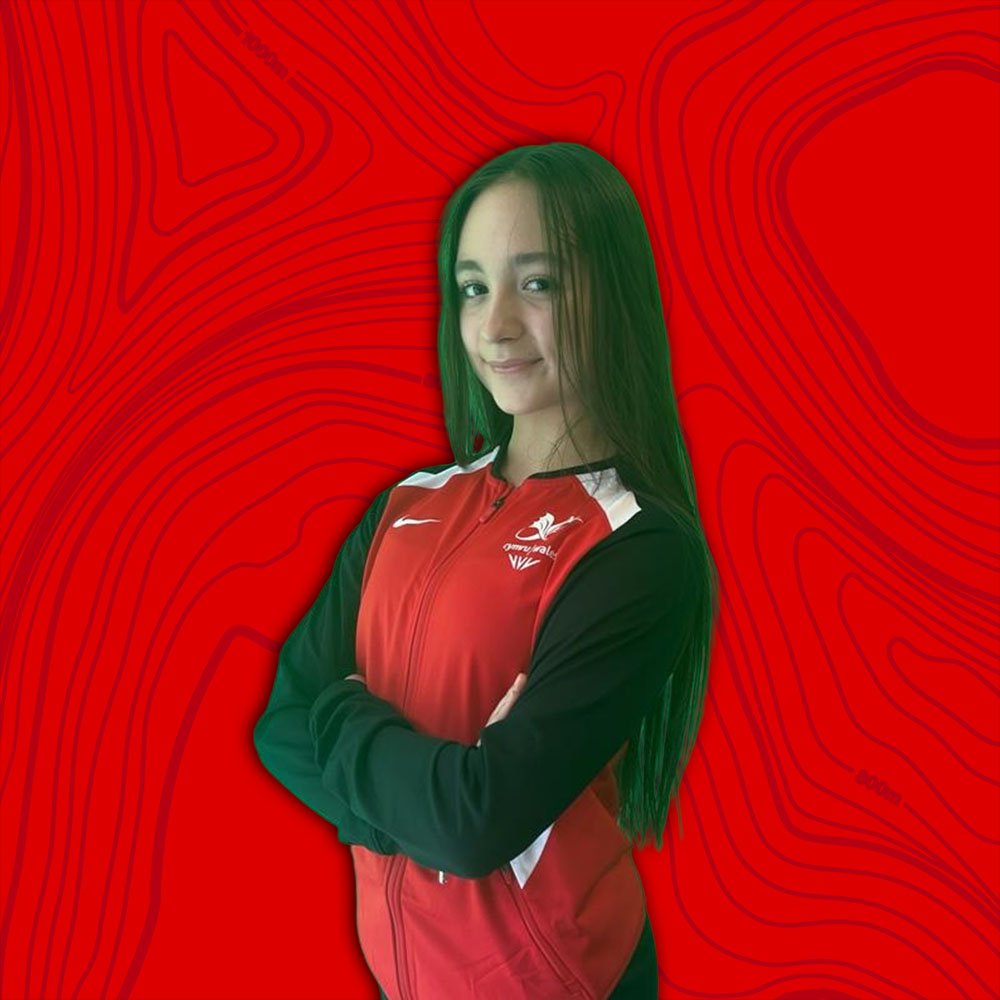 Highlights. . . In April 2022 she made her senior Great Britain debut at the FIG Rhythmic Gymnastics World Cup series event in Bulgaria. Welsh junior all-around champion in 2019 and 2021. In 2019 she also competed at the World Junior Rhythmic Gymnastics Championships.

Birmingham 2022: Elizabeth was the youngest gymnast in the individual all-around final, where she finished in a highly respectable 12th position. She also qualified for the individual ball and clubs apparatus finals; she was seventh with ball and then finished with a fantastic performance in the clubs final to finish in fifth place – an incredible achievement for the 15-year-old at her very first Games.

DID YOU KNOW . . .
Elizabeth is coached by her mother Ioana, herself an ex-international gymnast, who is also the former national choreographer for Wales and worked with the Welsh Commonwealth Games teams in 1998 and 2002. In recent years Ioana also been a high performance rhythmic coach and national judge. Elizabeth’s father was a professional basketball player in Bulgaria and her older brother Chris, 17, is a talented footballer who, in February, signed a professional contract with Premier League club Leicester City. 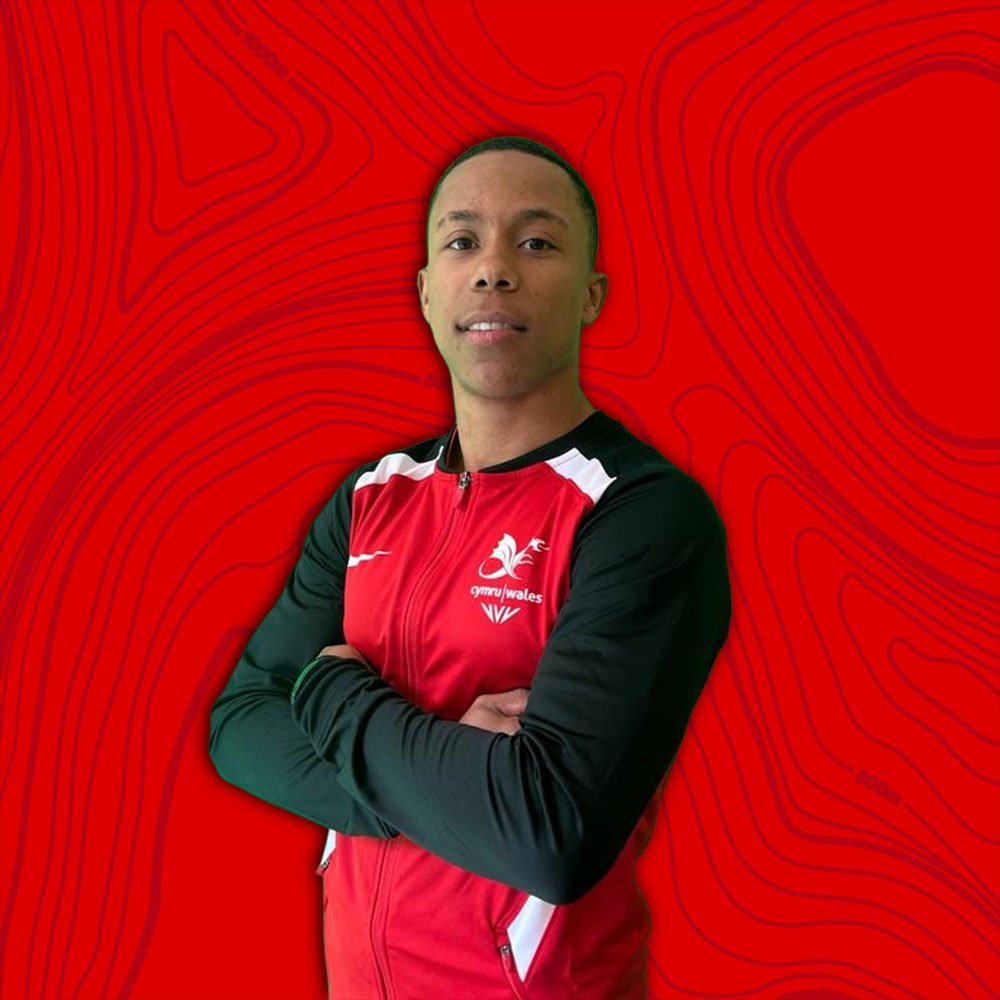 Birmingham 2022: Having been a travelling reserve four years earlier, Emil won an army of new fans at the Commonwealth Games in Birmingham, impressing as he qualified for individual finals on vault and on floor – only agonisingly missing out on the medals in the latter where he finished 4th. 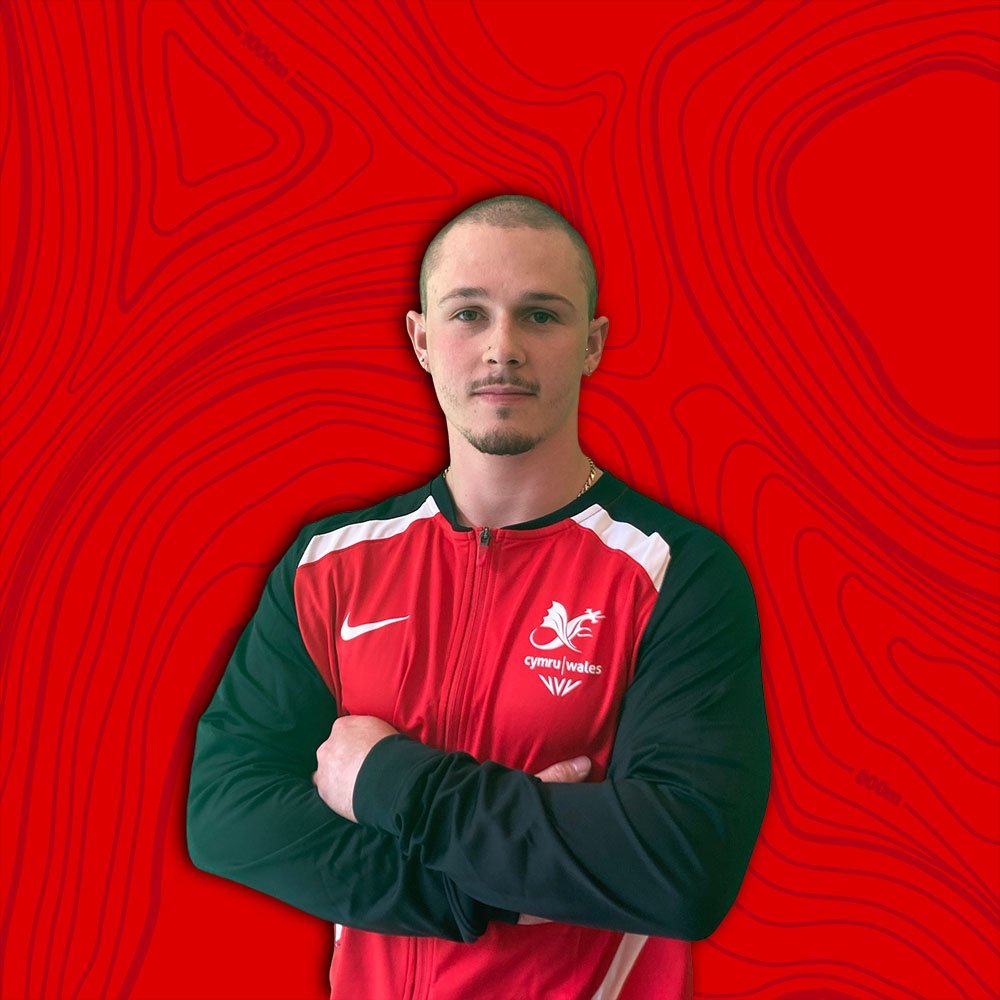 Highlights. . . Battled back from a broken leg sustained in November 2015 to represent Great Britain at the 2016 Olympic Games and was part of GB team that finished fourth in Rio. He was British all-around champion in 2018 and has competed at three World Championships. At the first of those, in 2015, he was a key member of first British team to win a medal (silver) at a World Championships and helped the team secure their spot in Rio. In 2021 he helped Wales secure team gold at the Northern Europeans in Cardiff.

Birmingham 2022: Brinn's brilliant parallel bars routine was among the highlights in qualification for Team Wales. He wowed the packed Arena Birmingham crowd with a massive score of 14.450 to comfortably secure his place in the final on that apparatus but, despite going into the final as a genuine medal contender, it just wasn’t to be this time for Brinn, as he would eventually settle for seventh.

DID YOU KNOW . . .
His father, Glynn, played rugby for London Welsh. 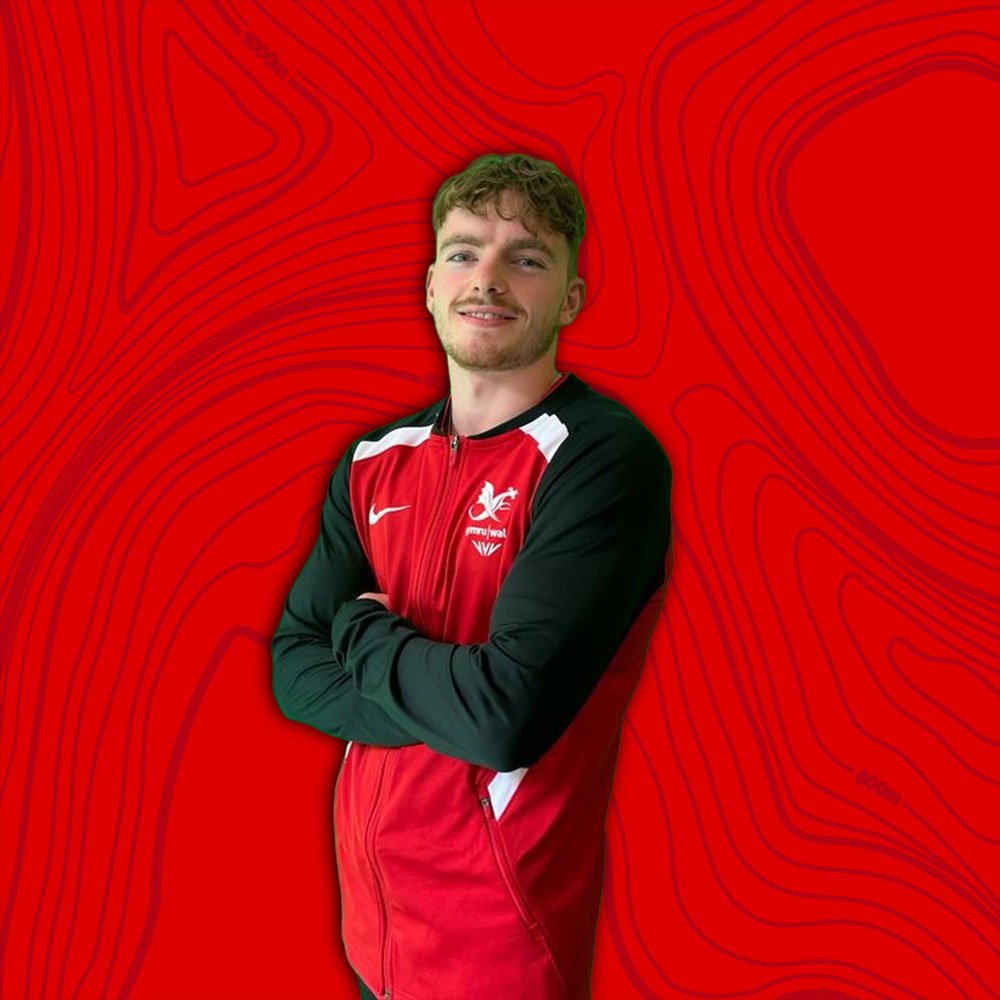 Highlights. . . Joe won silver in the all-around, on parallel bars and on rings at the 2021 Men’s British Championships in Cardiff in September 2021 – and was then selected to compete for Great Britain at the Artistic World Championships in Japan the following month. Then in November 2021 Joe was back in Cardiff helping Wales bag team gold at the Northern Europeans, also winning individual all-around, pommel horse and floor gold medals.

Birmingham 2022: Joe successfully qualified for the individual all-around final in 12th with a total score of 77.050 across his six pieces, but an ongoing shoulder problem meant he was withdrawn from the final, with teammate Jacob Edwards stepping in. Joe, though, did take his place in the floor final, finishing 8th.

DID YOU KNOW . . .
Joe qualifies to represent Wales through his grandfather. In his spare time he sells Lego on e-bay via a shop called jcj-bricks. 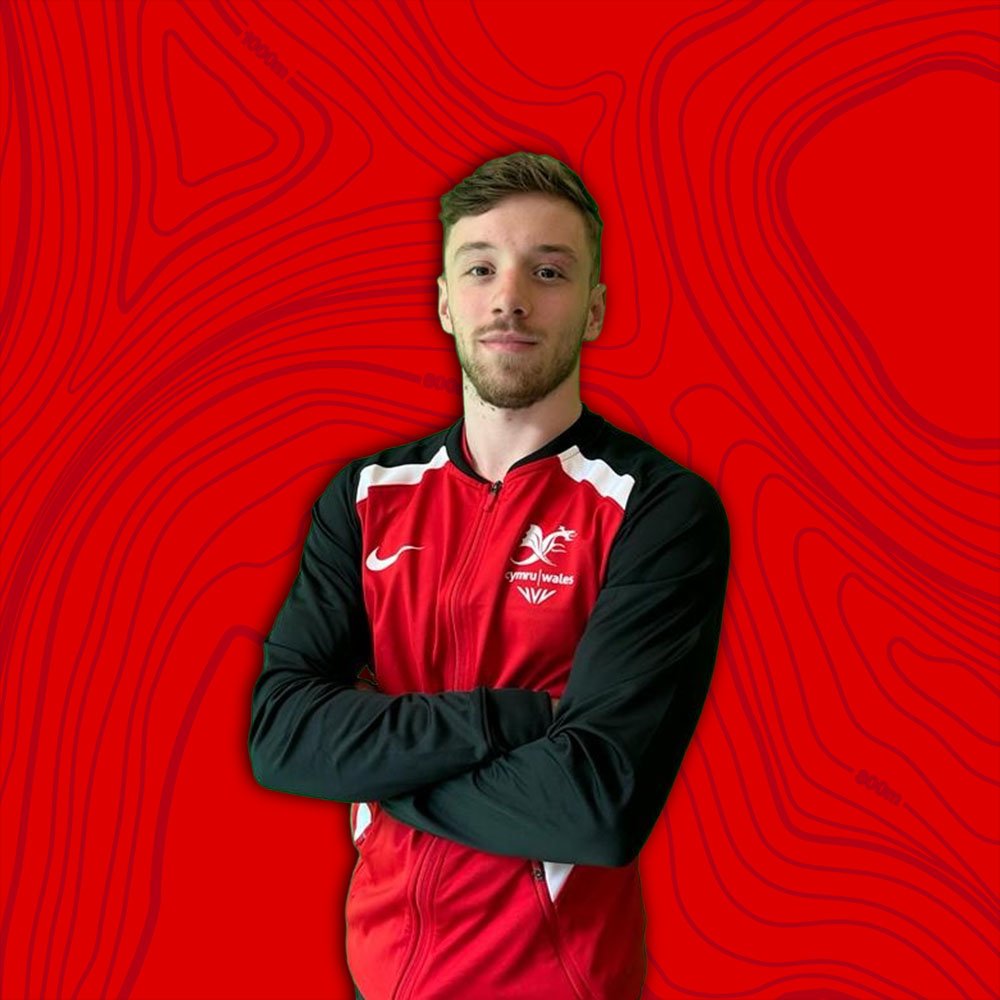 Birmingham 2022: Competing at his second Commonwealth Games, Josh successfully qualified for the individual all-around final and finished in 12th.

DID YOU KNOW . . .
He was the youngest Welsh male gymnast at the 2018 Commonwealth Games at just 17. Competitive sailing runs in his family and he was a keen sailor himself when he was younger, but instead decided to fully concentrate on gymnastics. 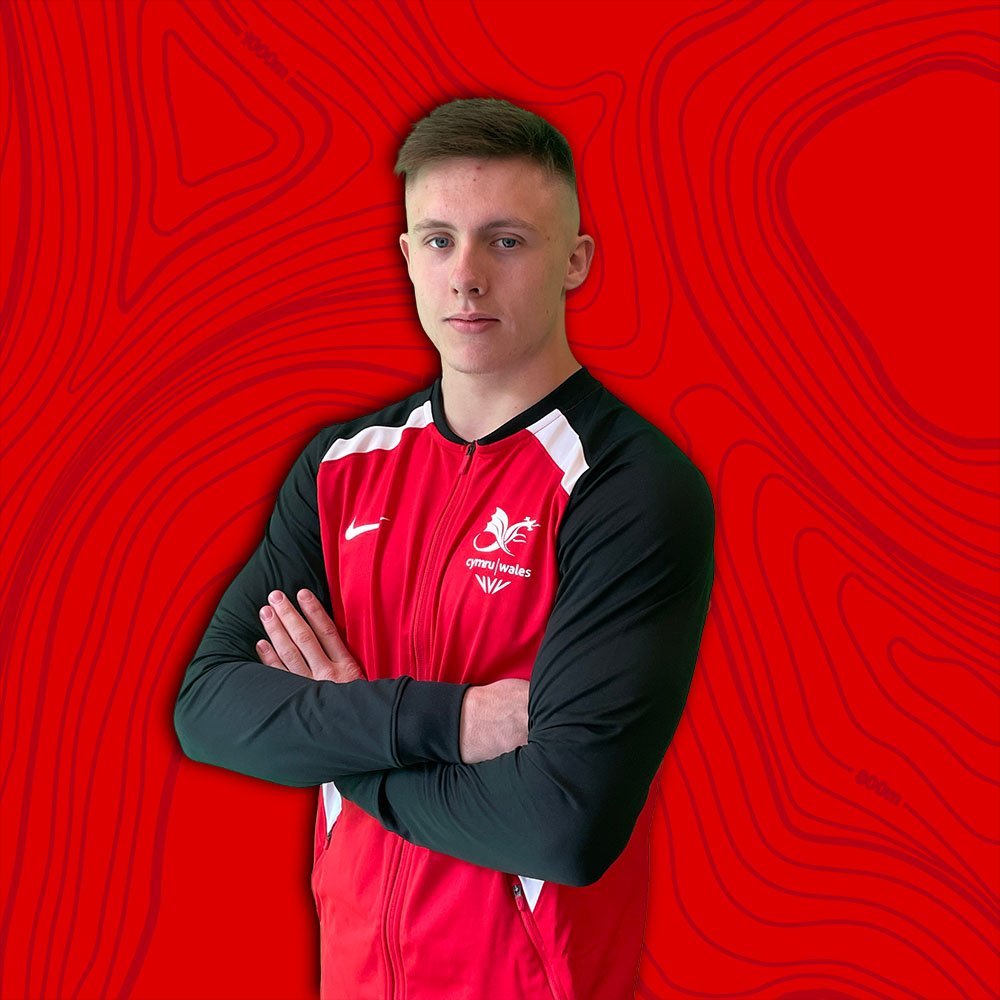 Birmingham 2022: Despite finishing with a good enough score in individual qualification, Jacob had looked to have narrowly missed out on a place in the all-around final due to the two gymnast per country rule. However the late injury withdrawal of Joe Cemlyn-Jones handed Jacob a starting berth for the final – and he certainly grasped the opportunity, to finish in 10th place.

DID YOU KNOW . . .
Jacob realised his dream of competing at the Commonwealth Games at Birmingham 2022 and, in doing so, followed in the footsteps of older brother Matthew Hennessey, who represented Team Wales at Delhi 2010.