A tumbling triumph for Megan Surman

Hailing from Swansea, she became a British International gymnast after competing in the Loule Cup last October and this September took home a Bronze medal at the British Tumbling Championships.

Welsh Gymnastics caught up with Megan after the Championships for a quick chat about how she got on.

Congratulations on your performance Megan. It looks like it’s been a great year for you – what have you been up to in the last 12 months?

I’m studying Business Management at the University of Warwick at the moment and the City of Birmingham Gymnastics Club is the closest to my university. I’d heard great things about the club and their coach Chris Porter and so I was really looking forward to training with them, which I have now been doing for the past two years. It’s been a great experience so far.

How are you feeling about the competition?

This was my third Championship but it’s my first time on the podium. The age group is very competitive and all the girls are incredibly talented – a lot of the gymnasts have been competing for years in the British, so it’s an amazing feeling to finish with a Bronze medal.

For me, the competition was also a trial for World Age Group Teams which is exciting. Although I finished in fourth at the prelims, I wasn’t named as one of the team this time around, unfortunately. Even though it’s a bit disappointing, I will definitely use what I’ve learned this year to motivate me going forward.

What made you choose tumbling?

I was an artistic gymnast in Swansea Gymnastics Club for many years and at the age of fourteen, after speaking to one of my gymnast friends, I went along to West Street to try tumbling.

I found that I really liked it, and from that point onward it was what I wanted to do. I love artistic gymnastics, but tumbling for me is the most rewarding and I’m really happy to be competing in a sport that I enjoy.

How are you finding fitting in training and university?

Last year was a little difficult, as the first year of university is very hectic and I found it much more time-consuming than school.  Every term the lectures change, but my coach Chris has been brilliant and really flexible in working around my schedule as he knows how important my education is to me.

How was your training leading up to the Championships?

My coach put together individually planned out program that have conditioning included. For a few months, my program concentrated on end skills and routine building, and then as we got closer to the qualifiers and the Championships, the focus became more on fine-tuning our runs.

What are your plans for the next couple of months?

Back to the gym to work on upgrades whilst also studying for my degree.  I’m also waiting to hear if I have made the British Gymnastics squad for next year, as it would be a huge honour to be invited back for a second time.

What advice would you give to our younger tumblers?

To keep going and stay motivated.

I had a lot of setbacks along the way but I always kept going.  I used to train in Andover which meant that four times a week my parents and I were doing a six-hour round trip, and although at times it was really tough I kept at it.

My advice would be not to ever give up, because for me it was entirely worth it. 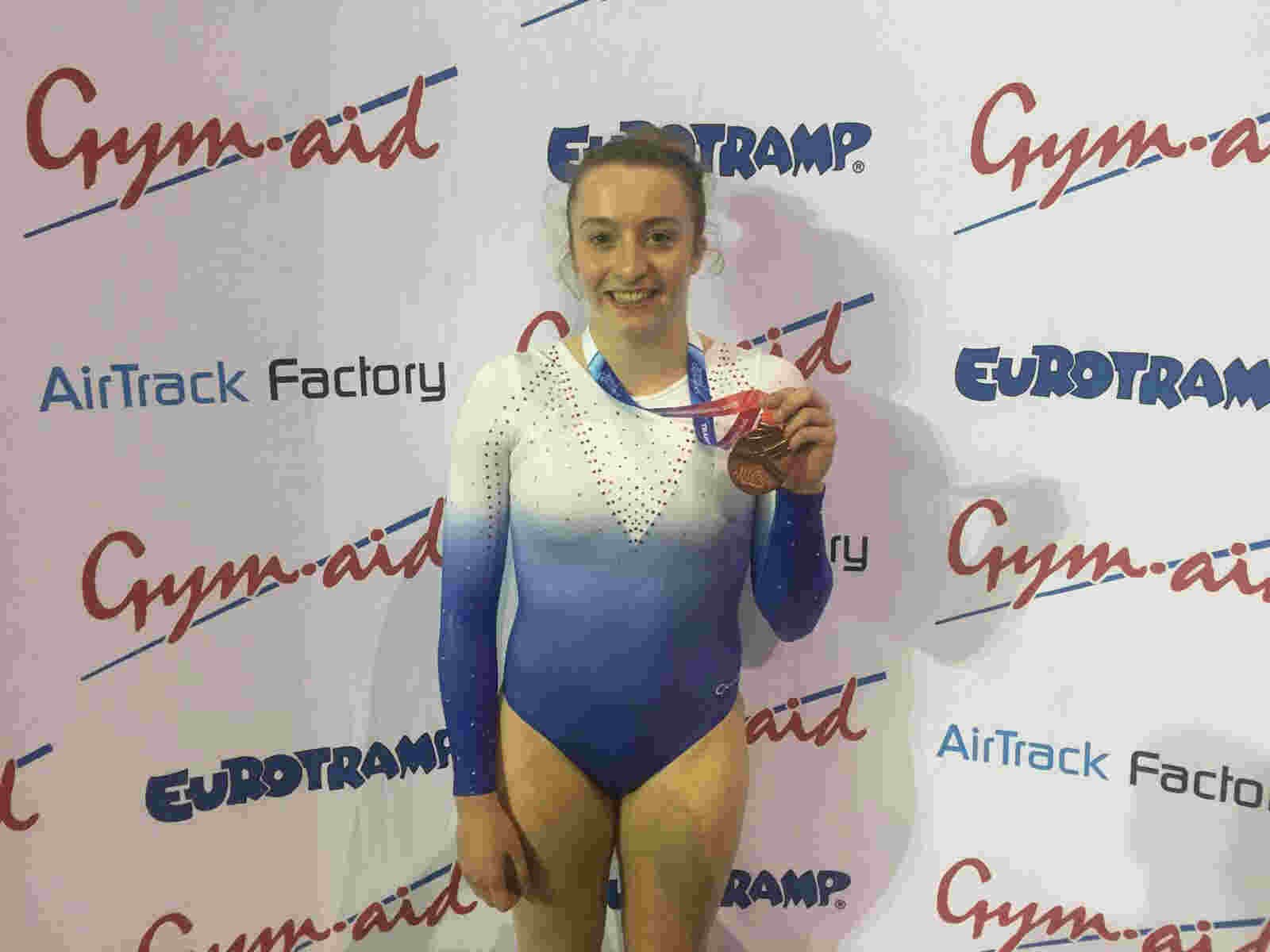