The app, FB Curves 3D Gym, allows users to explore a variety of Men’s Artistic gymnastic moves from the new code of points and helps them to understand the technique required to perform each element accurately.

FB Curves 3D Gym includes zoom functions, 360-degree rotation and speed variation so that each movement can be studied in detail, all at the control of the user. 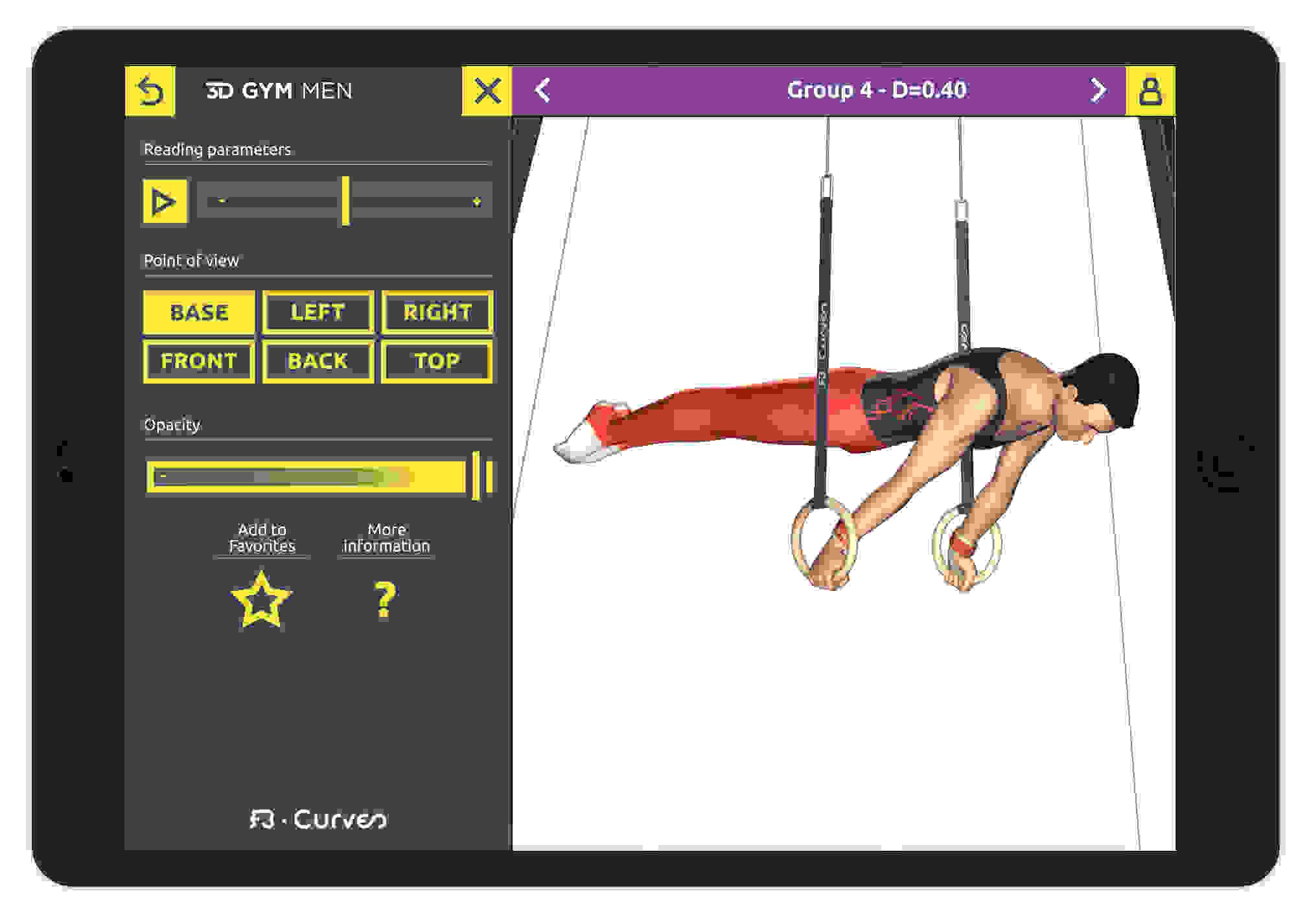 Kris explained how he came up with the idea for FB Curves: “I’d been living in France when I met my now business partner, Fabien Bougas, who was studying 3D graphic design and had already started to create a prototype mix of 3D and gymnastics. We both loved gymnastics and thought there might be scope to fuse the two and come up with something never before-seen in the sport. We joined together and created FB Curves 3D Gym.

“It’s taken six years to develop the software and we’ve tried to keep it as quiet as possible up until this point, but now we feel that we have something very exciting to offer the gymnastics community and we’re looking forward to seeing it really take shape over the coming months.”

As well as helping gymnasts and coaches to fully understand each gymnastic element, the software has been designed to make the sport more popular and attractive by offering two additional side products.

These include a subscription service on 3D videos that explains the deductions and penalties applied to errors in gymnastic moves, along with event videos that simply explain the deduction and scoring system for spectators that are created on demand.

The software is already making appearances at national competitions, with the French Federation using it for the International of France World Cup Event (16th & 17th Sept). The organisation rented FB Curves videos to keep crowds and gymnastic teams informed and entertained during breaks and pauses in the competition, and the videos were also televised during the event.

Kris and Fabien have released a free version of the FB Curves 3D Gym Men app that includes 45 gymnastic skills from the men’s code of points, and this December will be releasing the full version which is set to hold over 1,000 elements.

Although the app was only recently released, it already has over 1,000 users and the pair now plan to implement the full catalogue of women’s movements (currently in full production) within the next 12 months, so that it can be utilised by more members of the gymnastics community.

To download the app, visit www.fb-curves.com or search 3D Gym Men on the App Store/Google Play. You can also find out more about the software on Twitter, Facebook and Instagram [links open in new window].