Tumbling and Trampolining at the British Spring Series

A number of Welsh clubs entered elite level tumblers in the British Spring Series, including Dimax, Carmarthenshire School of Gymnastics, Aberystwyth Gymnastics and Megan Surman who competes for City of Birmingham Gymnastics Club.

The weekend saw some exceptional tumbling results from the Welsh competitors, including 3rd place finishes for Jade Evans (Carmarthenshire) and senior tumbler Andreas Adams (Cardiff Central), whose qualifying score secured him a spot in the British Championships later this year. 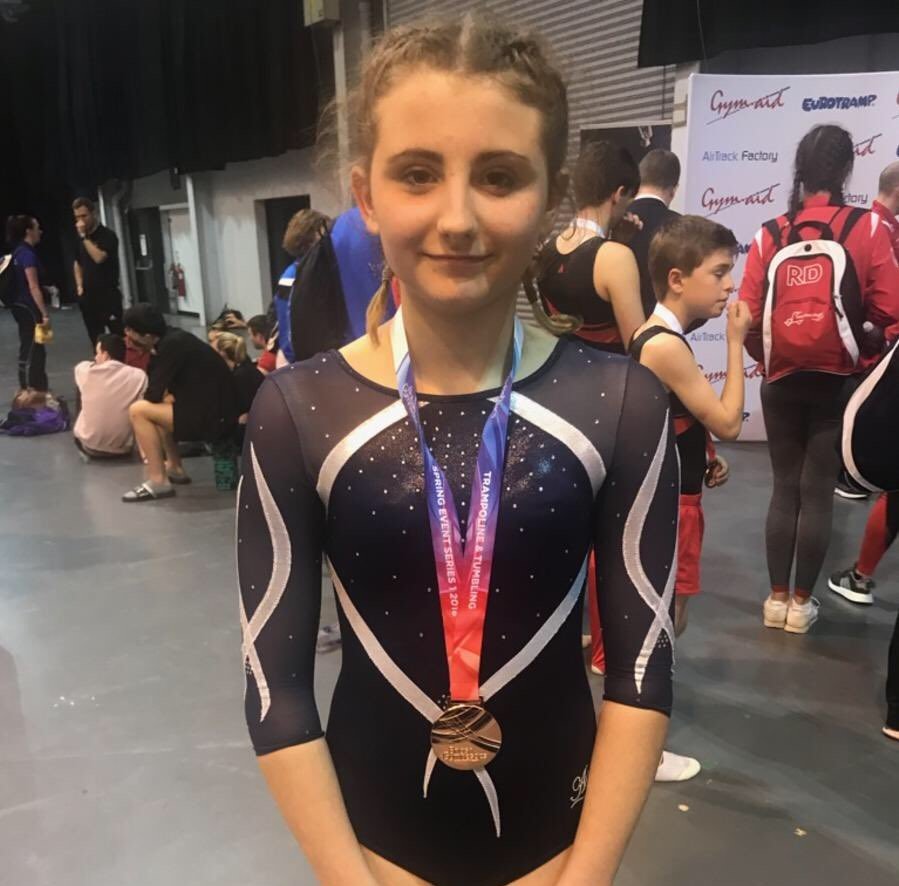 Jade Evans achieved a bronze medal at the event (above).

Megan Surman, who trains with world renowned coach Chris Porter, secured a brilliant silver medal and completed a double straight transition, which is considered world standard for the category.

Competing alongside the tumblers, the Welsh trampolining gymnasts put in some brilliant performances this weekend in Telford.

An exceptional routine from 18-year old Lance Stephens (Cardiff Met Trampoline Club) saw him finishing in 3rd place after his first bounce. He performed well throughout the competition and finished in an outstanding 1st place overall.

It was also a successful event for Maesteg Trampoling Club, with Kayla Smith qualifying in the 17-21 elite ladies group, and Alice McCabe and Leah O'Connor in the 15-16 elite group.

The gymnasts at Vertigo Trampolining Club all competed brilliantly in the NDP performance levels along with Katie-Mai Davies and Freya Davies of Maesteg.

All the gymnasts will now be working on upgrades for the British Spring Series two, which takes place in June in Sheffield.  Well done to everyone involved on a very successful weekend!