The event qualifiers kicked off on Friday 25th, with Nancy Law of Weston Aerobic Gymnastics taking the stage for British Gymnastics (GBR) as an individual in Group 1 (12-14yrs), performing a beautiful routine to 'The Sun Will Come Out Tomorrow'.

Nancy then joined her Weston team mates, Seren Jones and Molly Brown, for the Group event, and along with Lola Lawrence and Bella Styles performed a lovely 'Do-Re-Mi' routine to qualify for finals in 3rd position. 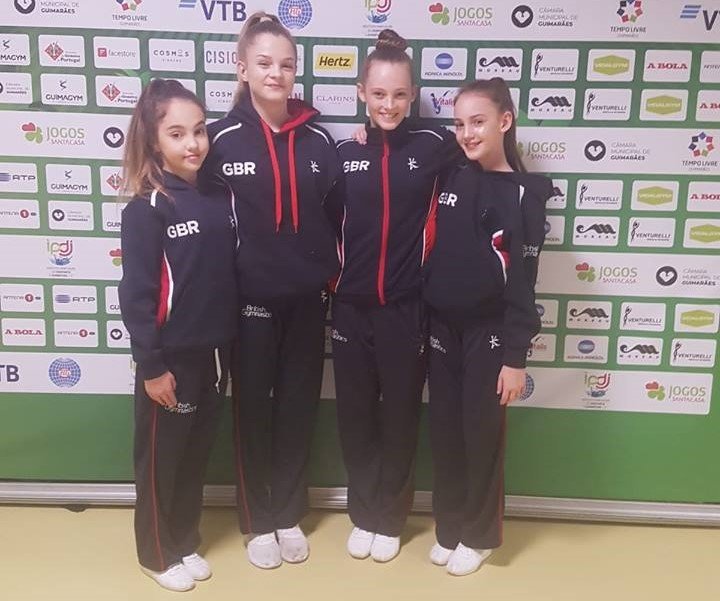 Lola Lawrence also made history by becoming the first individual female from GBR to reach the World Age Group Finals, performing a song from Disney’s Frozen.

The Group 2 (15-17yrs) trio of Katie Guinn, Mia Peverall and Anya Mackie of Bulmershe Aerobic Gymnastics club narrowly missed out on a place in the final with their routine, as well as Group 1's Teagan Bendall, Alisha Bartlett and Holly Goody, also of Bulmershe, who finished a respectable 9th position on Saturday.

By the end of Saturday, GBR qualified with four routines in the World Age Group Finals, with Welsh Gymnasts in all but one of the routines. The final day on Sunday marked a record breaking number of gymnasts making the Top 8 for British Gymnastics. 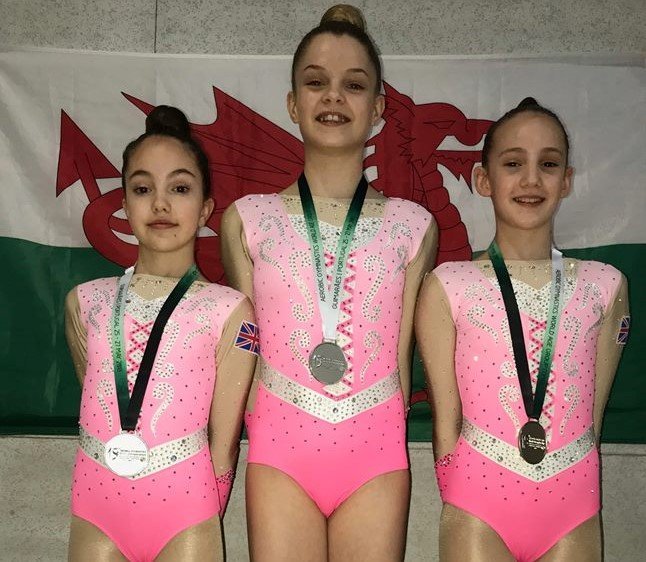 Lola Lawrence produced the highest ever result in this category for GBR, with a well-executed routine that retained her qualifying 5th place and a score of 19.2.

Group 1’s Nancy Law, Seren Jones, Molly Brown, Lola Lawrence and Bella Styles produced another wonderful final routine and moved up the rankings to secure a Silver Medal - the first time a GBR group has been on the podium at any Age Group World Championship. 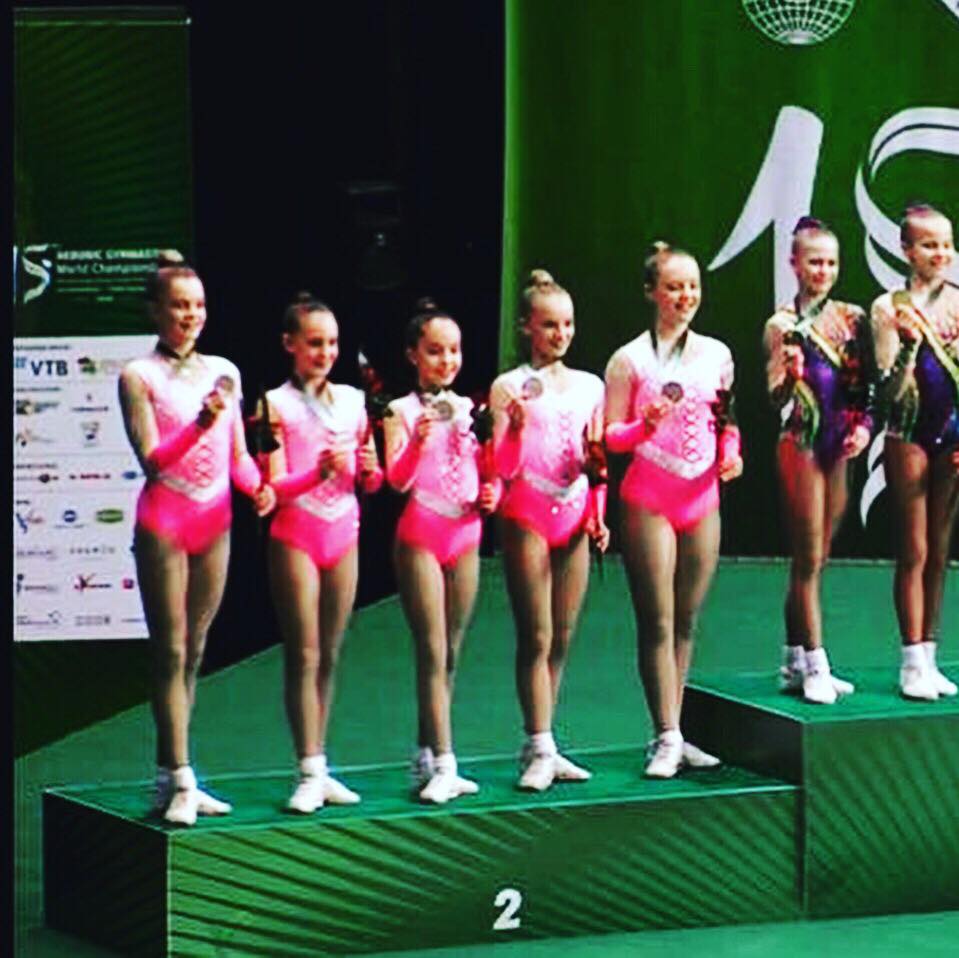 Competing in Group 2 (15-17yrs), Emily James, Anya Mackie, Katie Guinn, Mia Peverall and  Shanice George performed a dramatic routine to 'Don't Cry for Me Argentina', which qualified them for finals in 6th place.

At the Aerobic Championships, Kate Donelly and Renee Augier took to the floor on the first day of qualifications for the individual women's round, both producing beautiful routines. They then joined their Bulmershe Aerobic Gymnastics team mate Niamh Keane to compete in the Trio qualification, with a strong performance to Rihanna.

Congratulations to all of the gymnasts and coaches who took part in the event – some brilliant results and amazing routines.  We’re looking forward to following the team’s Olympic journey next year!