Unquestionably the brightest stars of the weekend were our senior gymnasts, Laura Halford and Gemma Frizelle of Llanelli Rhythmic Gymnastics Academy. Both competed in the Commonwealth Games in April and were also selected to represent Great Britain in the World Championships in Bulgaria, and now Laura and Gemma have demonstrated brilliant talent and ability once again.

Laura performed a series of beautiful routines and scored 57.700 overall, which has earned her the 5th all-around British Champion title of her career. Laura also became Clubs champion, took silver in the Hoop and Ribbon events and won bronze in the Ball competition.

Gemma took the bronze medal with 50.750 overall and after a mesmerising Ball routine won the gold medal, followed by the bronze in Clubs, Hoop, and Ribbon. 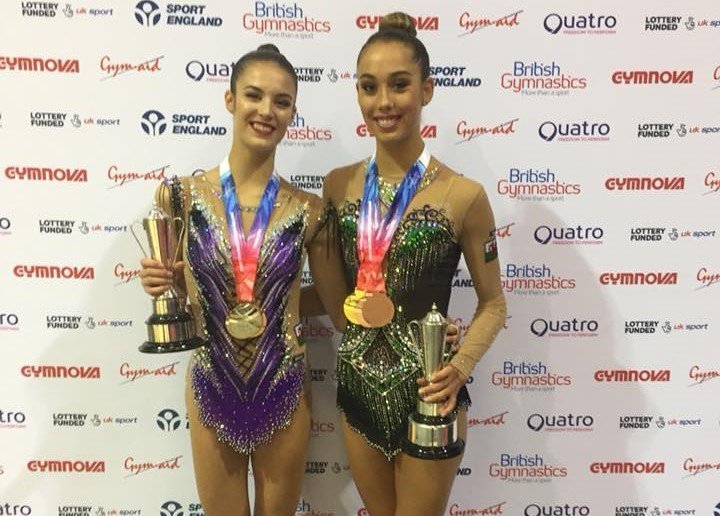 In the Junior All Around competition Skyla Sims, representing Cardiff Central Youth Club, won the bronze medal with an overall score of 34.300 points.

The U12 division also heavily contributed to the Welsh medal tally. Elizabeth Popova and Emily Cullen, both representing Llanelli RGA, won the gold and silver medals respectively. Elizabeth not only became the British all around Champion but swept the gold medals in all apparatus competitions, followed by Emily in the silver medal position. 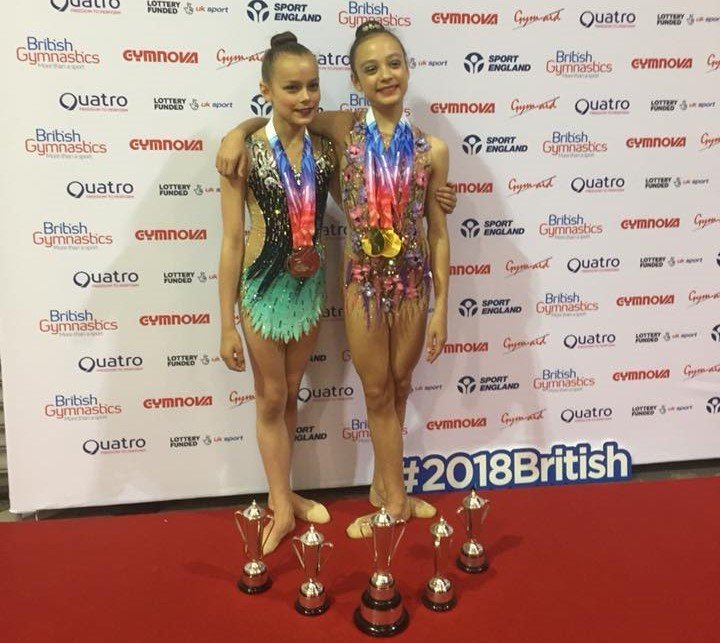 In the U11 competition, there were only 2 gymnasts competing to become the 2018 British Champion. The All-Around title, as well as all individual apparatus medals, were won by Eirlys Jones, who is a member of the Welsh National squad and trains at Esprit Rhythmic Gymnastics Club.

Grace Owen from Llanelli RGA was crowned the British U10 All Around Champion as well as Free routine champion. She also became Hoop and Rope silver medallist.

What a fantastic result for these talented gymnasts. Four British Champions and at least one medal for each gymnast across all age groups. Congratulation to all gymnasts and their personal coaches for these brilliant achievements.