The qualification process began back in October with a series of local competitions, followed by the Regional Compulsory Final back in March. From this competition, nine gymnasts qualified to represent Wales in the disability groups at Regional Team Finals.

In Birmingham, all nine gymnasts coped really well with nerves, with orientation, with training halls and with the pressure of the event and completed both their routines in full, all adding valuable points to the Welsh total and giving us an overall victory. 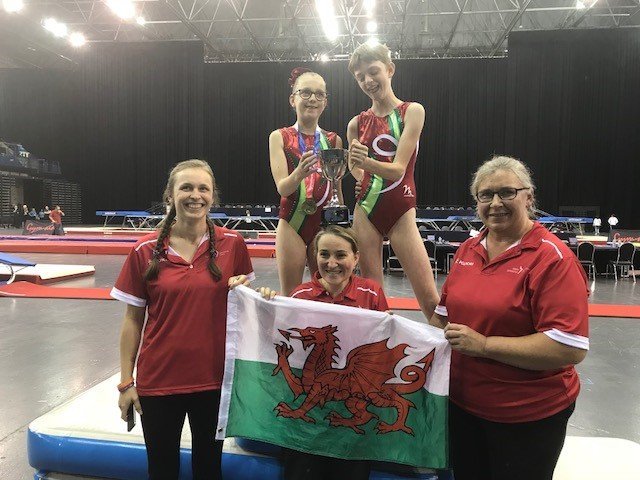 Disability trampolining is growing each year, and in the disability category at this year’s regional team finals, Wales was one of nine regions of the UK represented. Within Wales, too, we are seeing a steady growth in numbers.

All of this year’s Welsh competitors were members of Twisters SW and Neath Flyers trampoline clubs. Both clubs would love to welcome new members - if you have a disability and thought trampolining was not for you, why not come along and give it a try?

You never know, you could end up as part of next year’s Welsh team - after all, we now have a trophy to retain!

To read more about the Trampoline and Tumbling finals, visit the competition report [link opens in new window].