Each region was asked to bring four qualifying gymnasts for each age group to compete.

The youngest age group for British squad selection, those aged eight and nine, took to the gym first – with the Welsh team triumphant taking the title by four marks from the East Midlands and South West regions.

Individually, all four Welsh girls finished in the top eight, with Ellie Lewis taking first on beam and second all around. Jemima Taylor and Ffion Burgum were joint four all around, with Ffion crowned vault champion and getting third on beam. Jemima achieved third on vault and on beam, as well as third on floor. Mille Rose Williams achieved second place on vault, third on bars and eighth all around. 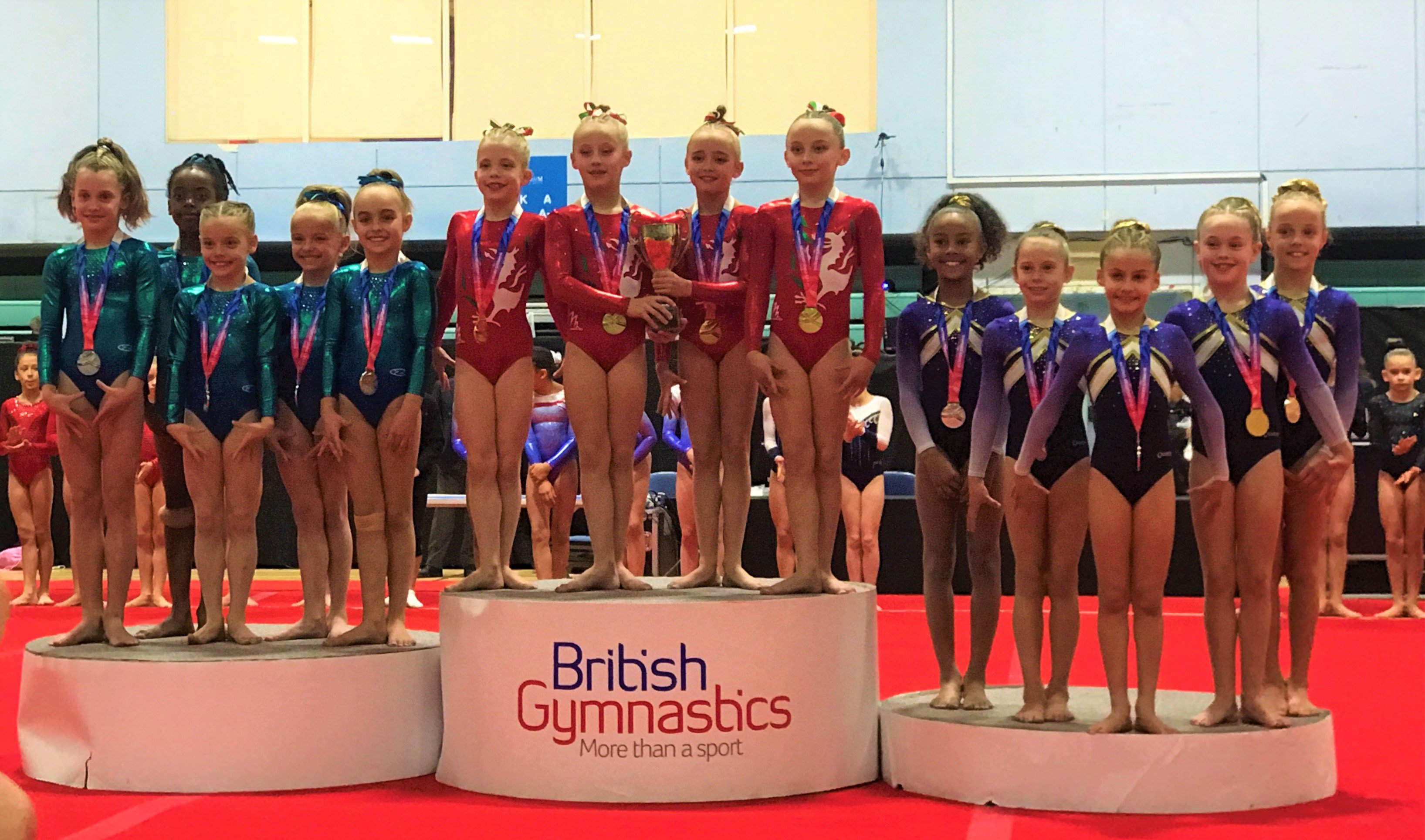 In the next age group, gymnasts aged nine and ten, the team, consisting of Scarlett Lin, Francesca Braunerova and Morven Donohoe and Zoe Robinson, achieved a bronze medal.

Scarlett Lin was crowned the all around champion, as well as achieving first place in bars and beam, and a second place on floor. Francesca Braunerova achieved fourth place on vault. 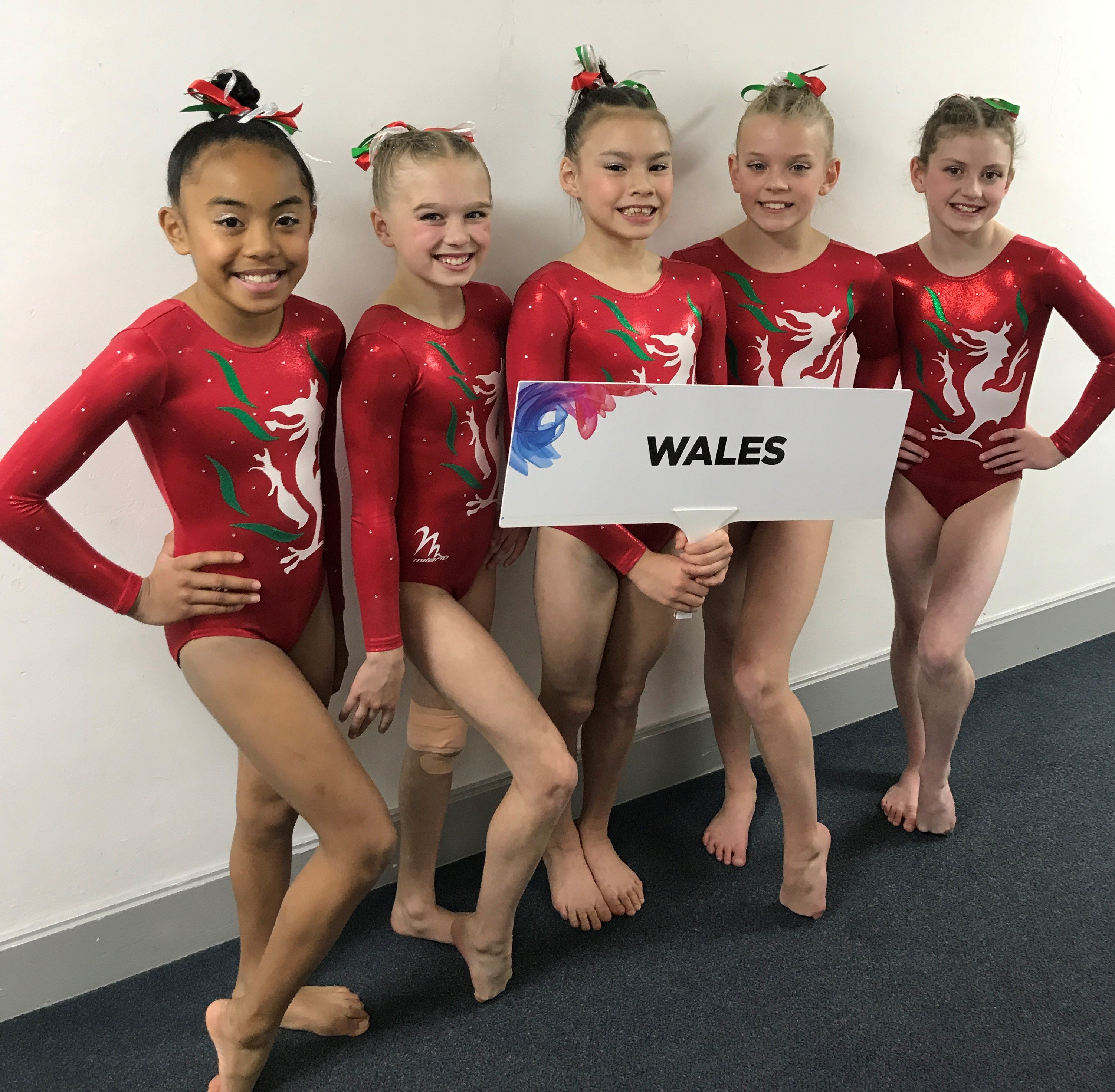 When it came to level 2 at the event, the gymnasts enter as individuals and Wales dominated at this age group.

Meliyah Baker took the all around gold, achieved second on floor and vault, and third on bars and beam. Her team mate Layla Starkie won all around silver, with a gold on beam and second place on bars. Annais Muteba-Mundi came away with a gold medal on vault and 11th all around. 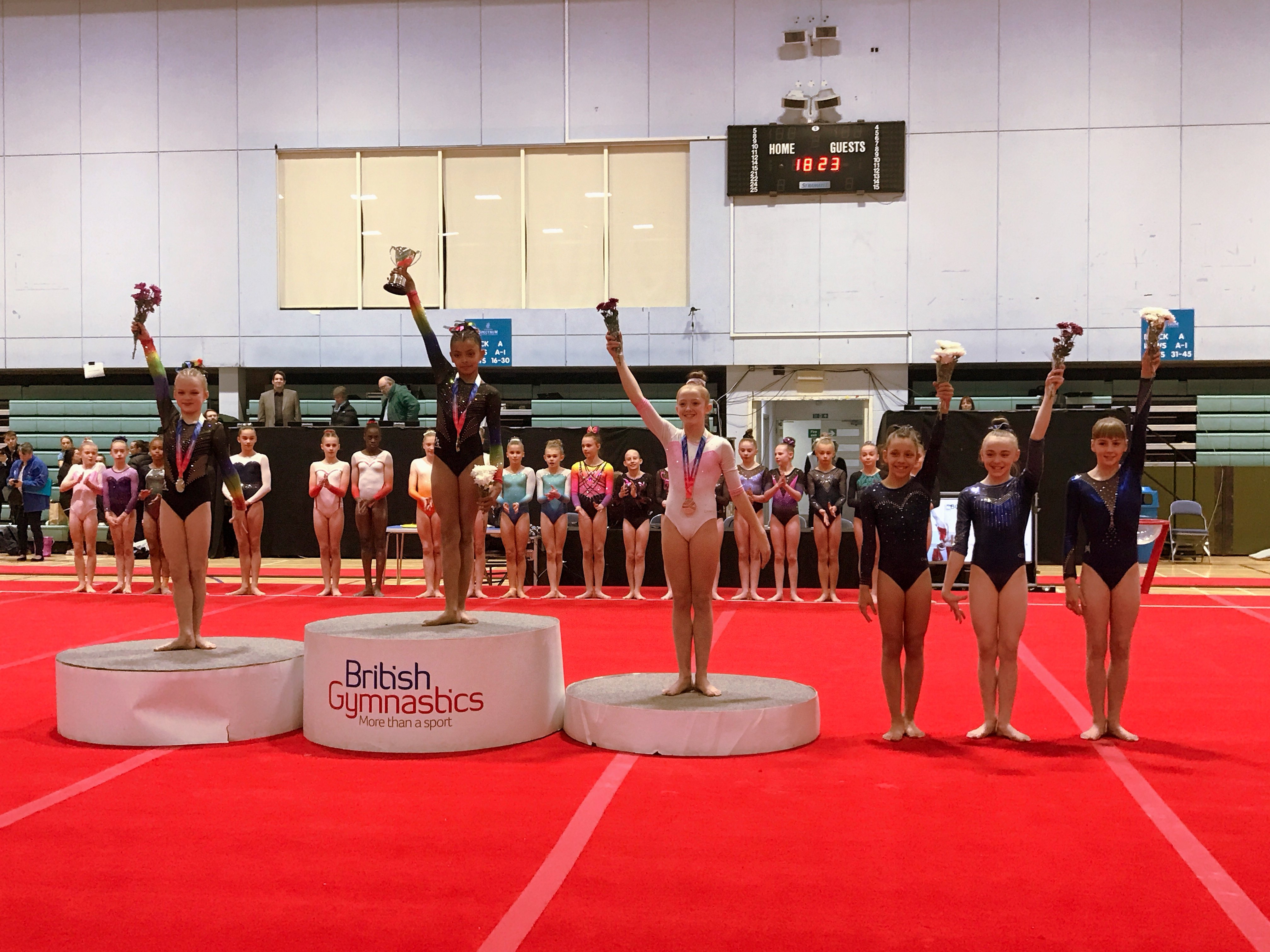 Whilst the young WA gymnasts represented Wales in Guildford, Welsh senior artistic gymnast Emily Thomas was part of the Great British delegation at the World Championships in Doha and Amelia Thomas has got her first Great Britain call-up to compete at the Olympic Hopes event in Czech Republic at the end of November.

Well done to all of the gymnasts representing Wales in the UK and around the world.