In April, the Welsh Gymnastics Acro Squad travelled to Scotland along with Welsh WAG/MAG to compete in the first ever Home Nations Competition. 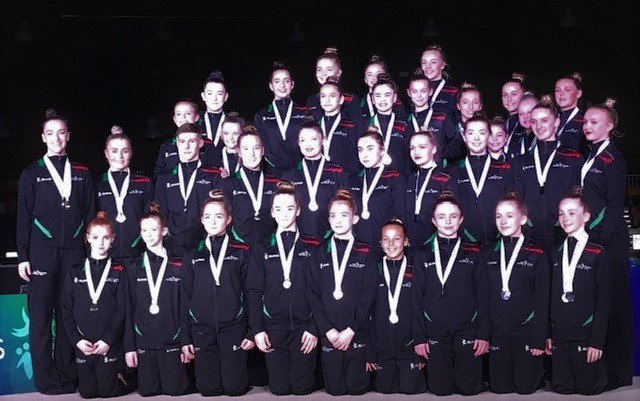 The 13-19 Women’s Pair Aimee Griffiths & Leah Richards (West Street) performed exceptionally well after being entered as a pair due to an injury to their trio base. They ended up qualifying with the second highest score for Wales and helped the team reach a Silver medal, as well as achieving a Gold individual medal.

The top score for Wales came from Emily Stock, Hannah Jenkins and Katie Jenkins (West Street) who due to International commitments had to leave the competition early to fly out to Belgium to compete in the Acro World Cup.  The girls produced three fantastic routines on day one in Scotland to come top of the podium in first place, then onto Belgium just 2 days later - reaching the World Cup final and placing 7th against the best Acro gymnasts in the world. 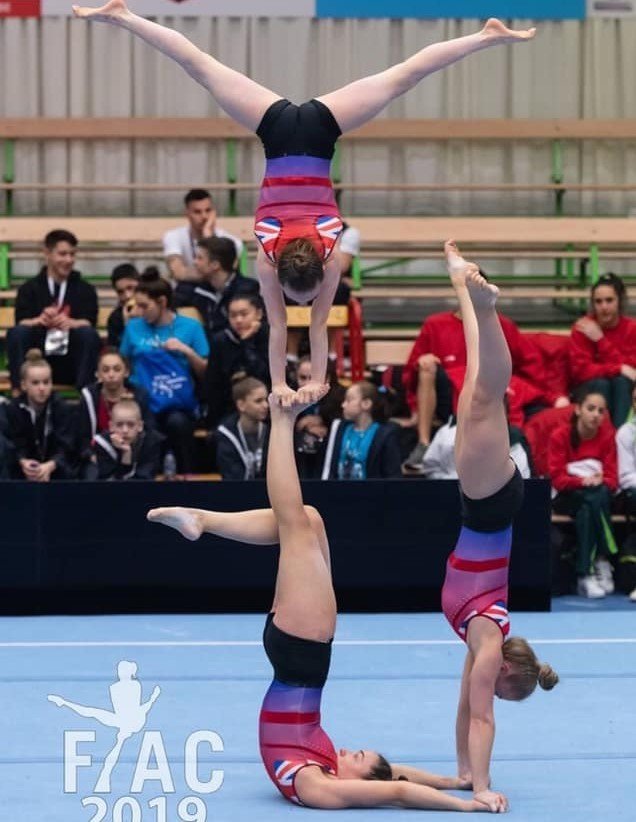 The team then flew out to Germany to compete in the Albershausen Cup against the very best Acro gymnasts Europe has to offer.  Again, the squad produced some fantastic performances, with special mentions to the senior Women’s Group for producing three brilliant routines, achieving Personal Best scores and winning the overall Senior title at the event.

Some amazing results. A huge thank you to Coaches Lisa Thomas and Sophie Bevan, and to Welsh Judge Sophie Jenkins for all of your hard work, dedication and support.

Far from being the end of competitions for the Acro community, they now move into the National Development Plan regional competitions and there will be more reports to follow. Congratulations on a successful start to 2019 all!