Laura Halford: From elite performer to inspirer of the next generation

Home» News» Laura Halford: From elite performer to inspirer of the next generation» Top stories 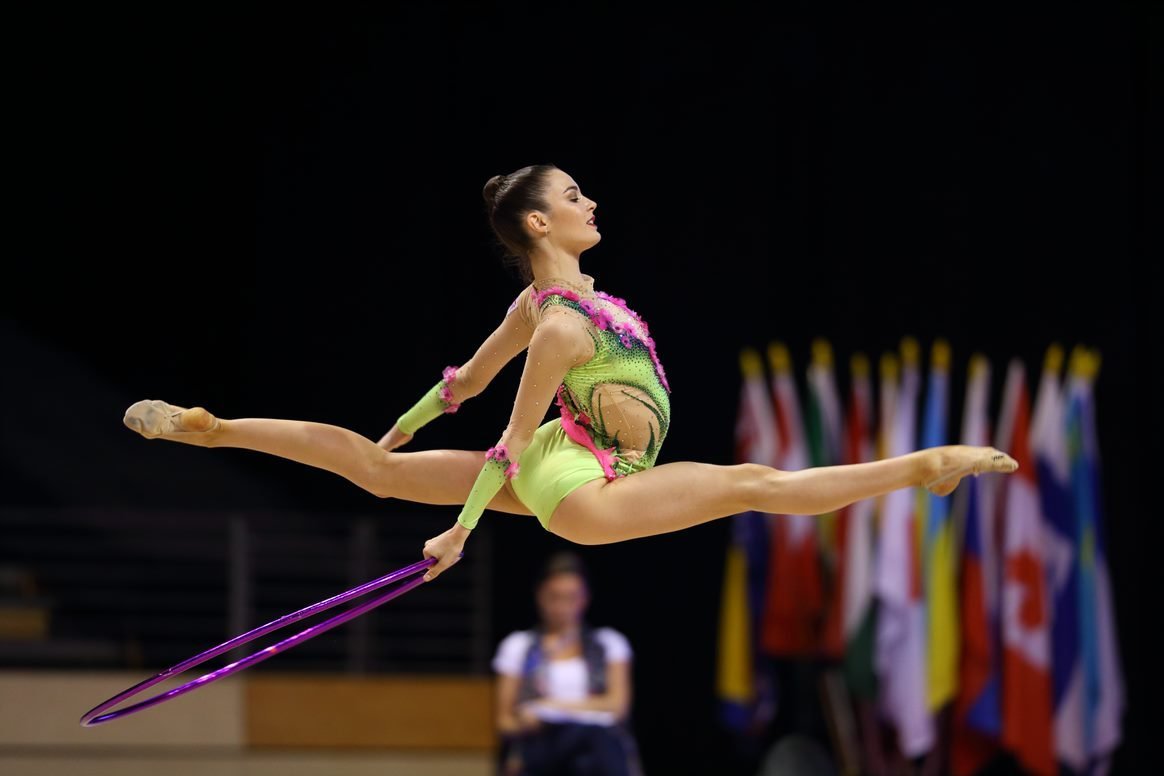 Laura Halford insists her move into coaching is one of the best decisions she has ever made – but admits even the easy stuff is tough.

The five-times British champion and Commonwealth Games silver medalist made the leap from gymnast to coach 18 months ago, a transition that most top-class athletes in every sport consider at some stage.

Success, though, is far from guaranteed and depends as much on the quality of the coaching pathway as it does on the individual’s ability to learn new skills.

For Laura, the move from elite performer – and undisputed best rhythmic gymnast in the UK - to inspirer of the next generation, came after a flight back from Bulgaria where she had just competed at the world championships at the end of 2018.

Sat next to Welsh Gymnastics’ head of performance Jo Coombs, Laura was told there was a coaching vacancy to work with the development squad and she was encouraged to apply.

The winner of four medals in rhythmic gymnastics at two different Commonwealth Games (2014 and 2018) had already decided she was going to stop competing that year and decided this was an opportunity she should seize.

“I graduated in sports science and staying in sport in some capacity was what I wanted to do, simply because I’ve always loved it so much,” says Laura, now 24.

“I thought I’d try and go for it and now I love it. I couldn’t imagine doing anything else at the moment.”

The route from performer to coach involved doing a level one coaching course and now Laura is working towards the completion of her level two.

Breaking down the skills of any sport into the basic fundamentals for seven to 10-year-olds starting out sounds simple enough, but it’s easier said than done – especially for performers who had mastered those basics a long time ago.

“I’m coaching a development squad who are quite young and they are still learning all the basics,” says Laura. “The hardest thing for me is to break down those skills to show them, because for me they come so easily as I’ve been doing them for years.

“Explaining something that seems quite simple is difficult. But thankfully, I’ve got good support from other coaches around me – including my old coach Nia Evans - so if I’m not sure of something I can just ask. They’ve been doing it a lot longer than I have.”

A new coach’s adjustment is tricky enough, but Laura’s switch comes at a time when there has been a harsh spotlight on her sport in recent weeks, with allegations of bullying and abusive behaviour towards young gymnasts in some parts of the UK.

British Gymnastics committed to an independent review which has been commissioned by UK Sport and Sport England, and Laura admits it has made for uncomfortable reading.

“It’s been difficult to read about so many gymnasts apparently having a negative experience of gymnastics,” she says.

“I only have good things to say about my own experiences under Nia, but it does make you think hard about the right way to speak to and treat children in the sport.

“It’s sad that some people feel they didn’t have the right experience in gymnastics, but all I want for the children I’m coaching is for them to feel they had fun.

“Some of them might drop out of the sport quite quickly and only a very few will go on to be among the best in the country, so the most important thing for me is that they look back and feel they enjoyed the experience.

“Gymnastics is different to so many sports, because the people in it can be reaching their peak when they are 16 years old. Coaches can be very passionate about talented kids, but by far the most important thing for any coach is not that they produce British champions, but that all the kids in their group had good fun along the way.”

Thankfully, none of the troubling headlines have put Laura off her chosen path and she is determined to carve out a role that makes her even more valuable to her sport in Wales than she was as a performer.

Her level two coaching course – delayed by the coronavirus pandemic – is due to be completed later this year and the Swindon-born athlete will then try to continue to climb the coaching ladder.

“One of the things that is guiding me is that when I was 18 I started being coached by Nia, but she wasn’t dictating the whole relationship.

“I was allowed a voice and given plenty of input. She was always really supportive and I’m really grateful to her for showing me that is how coaching should be.”

For elite gymnasts, the time commitment means the relationship between coach and performer has to be based on that kind of mutual trust and understanding.

At her peak, Laura used to get up at 6am most mornings, train between 7am and 9am, do a day’s study at university, and then train again between 4pm and 8pm.

“That was a big commitment and I understand that now as a coach because I did it as a gymnast.

“I still have so much else to learn, though – the best ways to communicate, the different personality types, as well as teaching all the skills to perform.

“I can tell the gymnasts things from my perspective – what worked and what didn’t work – and that feels useful.

“So, I’m really enjoying coaching, I would recommend it as a move for anyone in sport to consider, as a way of giving something back to the sport, but also for developing new skills and ambitions themselves.”