This week (February 1-7) is Children’s Mental Health Week – and we are proud to support it at Welsh Gymnastics.

Covid-19 and the resultant lockdowns have turned children’s lives upside down since last March, with concerns about the huge impact it’s all having on their mental health as a result.

We already know how much being active can boost mental health but, with schools, clubs and leisure facilities still shut, staying physically active may slip down the ‘to do’ list for many households.

Here at Welsh Gymnastics, we know just how tough it has been.

And today, as part of Children’s Mental Health Week, we share the story of Liam Reading, a talented 11-year-old from Aberystwyth GC and member of the Welsh tumbling squad, as told by his mother Samantha… 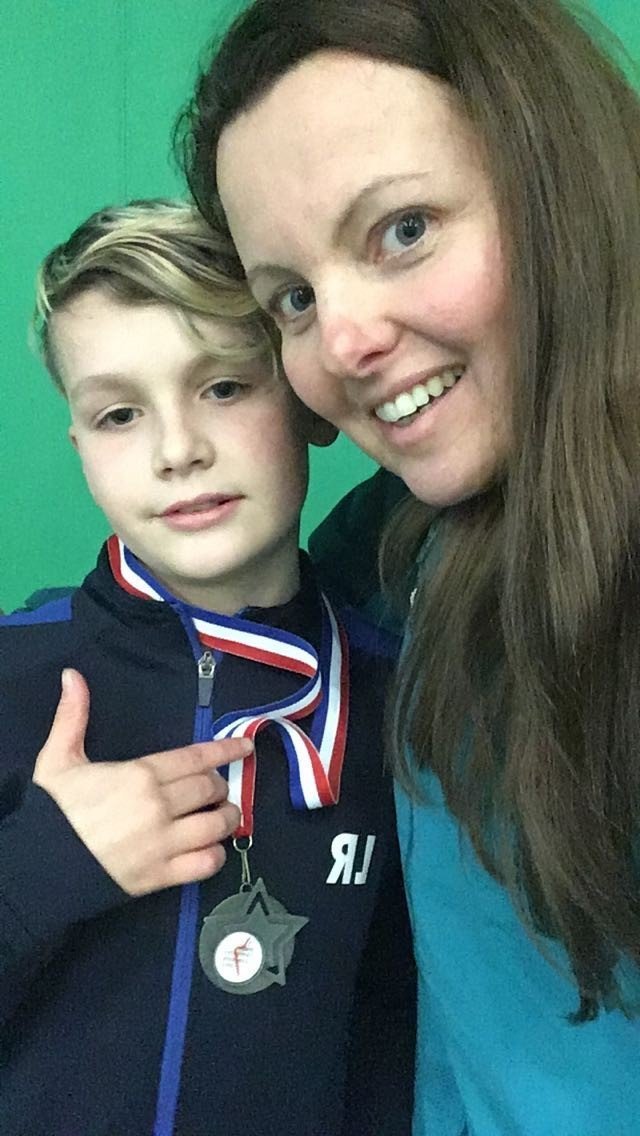 My son Liam has always suffered with anxiety. He loves to please people and becomes very disheartened and worries that he is not good enough all the time. He puts so much pressure on himself, it’s horrible to witness. I never push him to do anything other than to be polite, even if people may not always be polite to him.

Gymnastics is Liam’s happy place. Being really active and spending so much time with his coach Michael O’Donovan at Aberystwyth Gymnastics Club and with his team-mates in the gym makes him so happy.

When Liam was selected to represent the Welsh NDP level tumbling squad last year, aged 10, it was such a great reward for all the hard work and determination he had put in to overcome a block that he had from suffering an injury.

Although it also meant new coaches, new training facilities and new team-mates, which brought more anxieties because, in his mind, it was more people to please.

Having dyslexia and being a visual learner, Liam can struggle to understand some verbal instructions, especially from new people. Coach Josh [Hunter] was fab with Liam on the few sessions they had in the gym together before Covid, actually putting him into positions he needed to be in and Liam and myself were confident that the extra traveling and commitment were going to really help Liam develop to fulfil his dreams.

Lockdown started. Liam missed gymnastics, his coaches and his friends so much.

He followed a daily conditioning routine that his coach had given him, as well as doing P.E with Joe Wicks, but Liam was worrying about getting fat because it was nowhere near the amount of training he was used to. He worried about losing his fitness and not being good enough for the squad; he worried his mental block with backflips would come back. 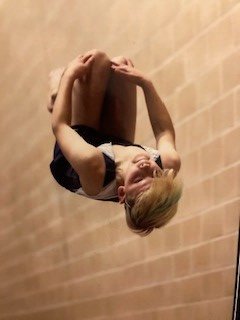 He wasn’t sleeping well at all because of the anxiety.

Then after Easter, Maria [Gaynor] from Welsh Gymnastics emailed to say she was going to try a zoom conditioning session for the squad. Liam wanted to join in, but was really conscious of having the camera on him and everyone able to see him.

He was worried about being asked to do something that he couldn’t do and was really anxious about having to talk with the other gymnasts who he didn’t know.

These sessions continued every Sunday and I was so grateful for them to give me back a little bit of a smile from my boy.

The last 10 months have been very trying times.

I was having to care for my mum, who was suffering with cancer and care for my elderly grandparents, as well as dealing with the breakdown in my relationship, along with home-schooling both my boys.

Things were really difficult for myself and Liam.

When home-schooling came to an end for the summer holidays, I had more time to focus on Liam’s needs. I messaged Maria to see if there were other sessions Liam could join – and to let her know about Liam’s anxiety and that he didn’t think he was good enough anymore.

Maria invited Liam to her volunteer sessions where there were gymnasts from different clubs doing conditioning, focusing on different parts of the body on different days, they would play games and even do cooking sessions.

Liam was still anxious about communicating with everyone, but Maria was so good at praising and encouraging all the gymnasts and always had someone to demonstrate what she wanted the gymnast to do, which really helped Liam.

Liam began to settle to sleep at night a lot better after these sessions. Unfortunately Liam’s club were only able to have a handful of indoor sessions on the track when restrictions eased, because the local council would not allow the club to use the gym to train.

Luckily, the squad conditioning continued every Sunday and Liam was becoming more confident.

In October, when Wales went into firebreak lockdown, Maria shared info on squad conditioning courses on the Welsh Gymnastics page on Facebook. I signed Liam up and he loved it.

Having a training session every day really helped build his strength and fitness and, along with the praise and encouragement from Maria, I was getting my Liam back.

Liam is constantly asking when he will be able to train on the track, but we just don’t know.

Christmas and the new year came with another lockdown and again Maria shared on Facebook that Welsh Gymnastics were putting on courses and, although they were recreational sessions, myself and Liam agreed it would be good to join in.

Liam has grown so much in confidence with Maria that he thrives on her praise and he loves to demonstrate the moves for the other gymnasts during the sessions, he even loves the games now too.

Over the last couple of weeks Maria and the other coaches have helped him build his strength and technique and confidence so much.

I’m so grateful to Maria for everything. She has been amazing for Liam and me. Exercise is paramount to stabilise our mental health. Maria even put a family session on and we got Liam’s dad around and we all took part in Maria’s family fun conditioning. We all loved it.

We enjoyed a cheesecake making session last Sunday after squad training. Maria has helped me and Liam cope through these difficult times more than I think she will ever realise and I don’t know how I can repay her.

A massive Thank You to Maria, she’s a credit to Welsh Gymnastics and her gymnasts.