Children’s Mental Health Week: ‘A light had been dimmed, we needed support’ 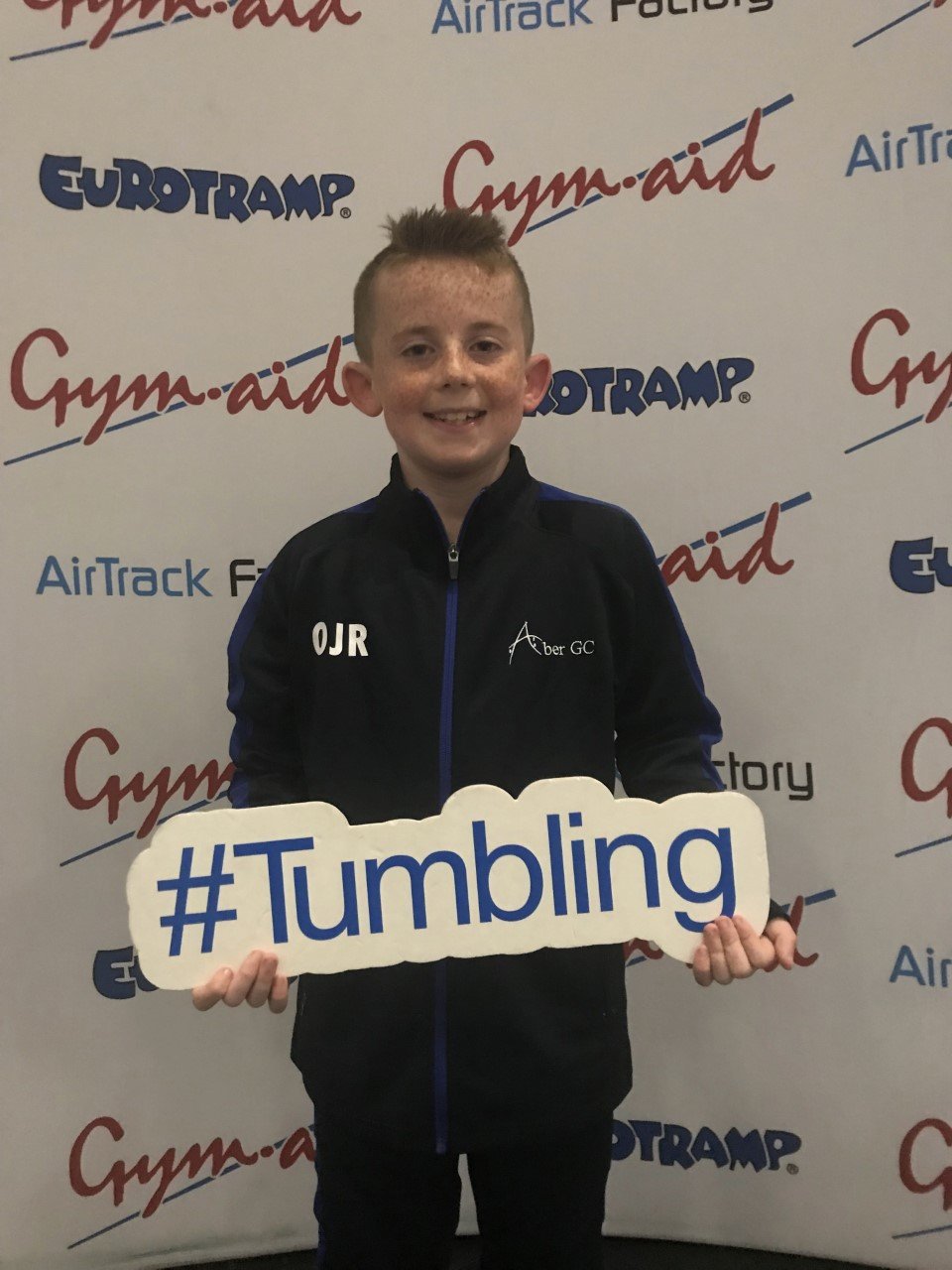 “Owen has always been a little bit of an extrovert and, when you as parents and his form teacher notice that a light had been dimmed, we needed support.”

Those are the words of Karen Roberts, describing her 12-year-old son Owen and the impact the Covid-19 pandemic and resultant lockdowns have had on his mental health.

Talented gymnast Owen Jac Roberts, pictured above, is currently a part of the Welsh tumbling national development programme and is a member of Aberystwyth Gymnastics Club.

“Going from a busy schedule to virtually nothing overnight has been extremely difficult, mentally as well as physically.”

This week is Children’s Mental Health Week – and we are proud to support it at Welsh Gymnastics.

Children’s lives have been turned upside down since last March, with concerns about the huge impact it’s all having as a result.

We already know how much being active can boost mental health but, with schools, clubs and leisure facilities still shut, staying physically active may slip down the ‘to do’ list for many households.

Here at Welsh Gymnastics, we know just how tough it has been.

On Monday we shared Liam Reading, which you can read here.

Karen said there have been some “glimmers of light” along the way with Owen and his sister Caitlin, aged seven, along with other members of the club, able to train at Llandysul when lockdown restrictions were eased.

Physical gymnastics sessions, though, have been too few and far between since the shutdown.

Owen, however, has been able to take part in the online sessions run by Welsh Gymnastics’ Maria Gaynor.

And Karen feels these have helped Owen, mentally and emotionally, but have also kept daughter Caitlin, pictured above with Owen, busy too.

“Welsh Gymnastics has been a lifeline during lockdown. Owen has his weekly conditioning sessions with Maria with the added value of socials, where they have been cooking, with the emphasis on fun.

“He is also a part of the enhancing well-being and mental health in Performance Sport Settings programme and, little did we know, that we would be utilising those tools sooner rather than later.

“He has had opportunities to film and be a part of British Gymnastics segments and we have accessed the family fun sessions, which have been great fun – mainly for the kids laughing at me!

“That as well as Caitlin accessing the almost daily recreational sessions which has provided a little escapism for younger children; hearing squeals of delight has been a real joy and something that you cannot put a price on.

“We as a family are extremely grateful to Welsh Gymnastics going above and beyond during difficult, strange and challenging times.

“You have provided hope and support in a truly unique format. It has been great to have both children have something exiting to look forward to. You almost forget that you are being coached via a screen.

“Thank you for all that you do.”