Emily James and Mia Bernardo say they were “so proud” after taking part in their first Aerobic European Championships as seniors for Great Britain over the weekend.

The talented duo, both from Aberdare, were competing as part of the senior group alongside Niamh Keane, Keleigh-Anne Blakey and Elizabeth Marais for this year’s championships, which were staged in Pesaro, Italy.

And the quintet only narrowly missed out on a place in the final, finishing 9th in qualifying with a score of 19.672.

In what is their first year in the senior ranks 17-year-old Emily, who trains between Bulmershe Gymnastics Club in Reading and Phoenix Dance & Gymnastics in Aberdare and Mia, 18, from Phoenix, also become the first senior Welsh aerobic gymnasts to compete at a European Championships since 2013.

“We’re so glad to be out here after the year we have all had,” they said.

“The challenges of training with Covid have been very difficult but we are so proud to be flying the Welsh flag as part of GBR.” 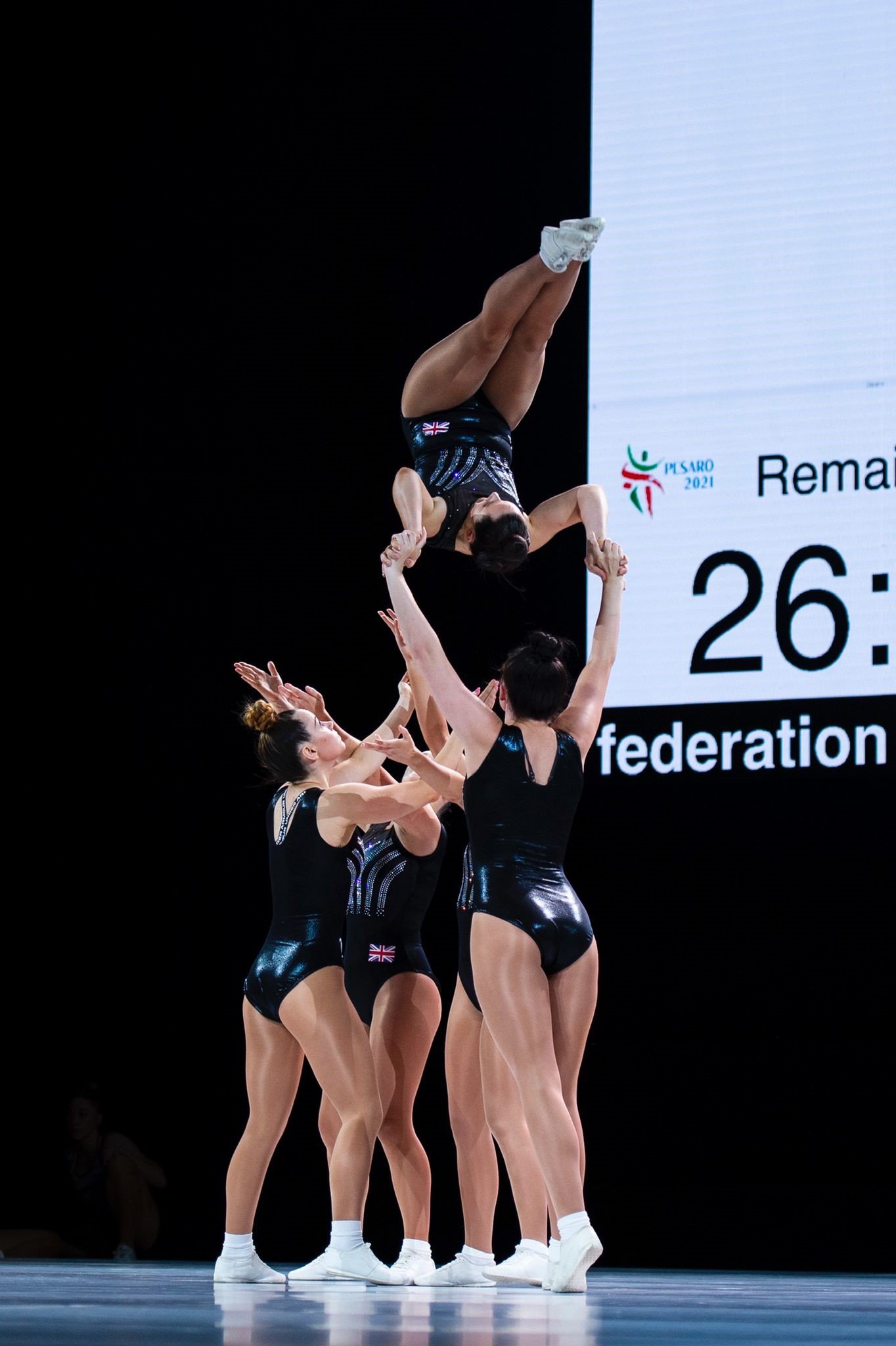 Congratulations to all of the gymnasts, coaches and clubs involved on a fantastic European Championships.