Over the summer, Welsh Gymnastics launched an exciting new opportunity for clubs in Wales to participate in rhythmic gymnastics.

Clubs were given a range of resources to use within the sessions such as:

“The resources were clear and well planned and the coaches could be flexible in their delivery, depending upon the needs of the gymnasts.” 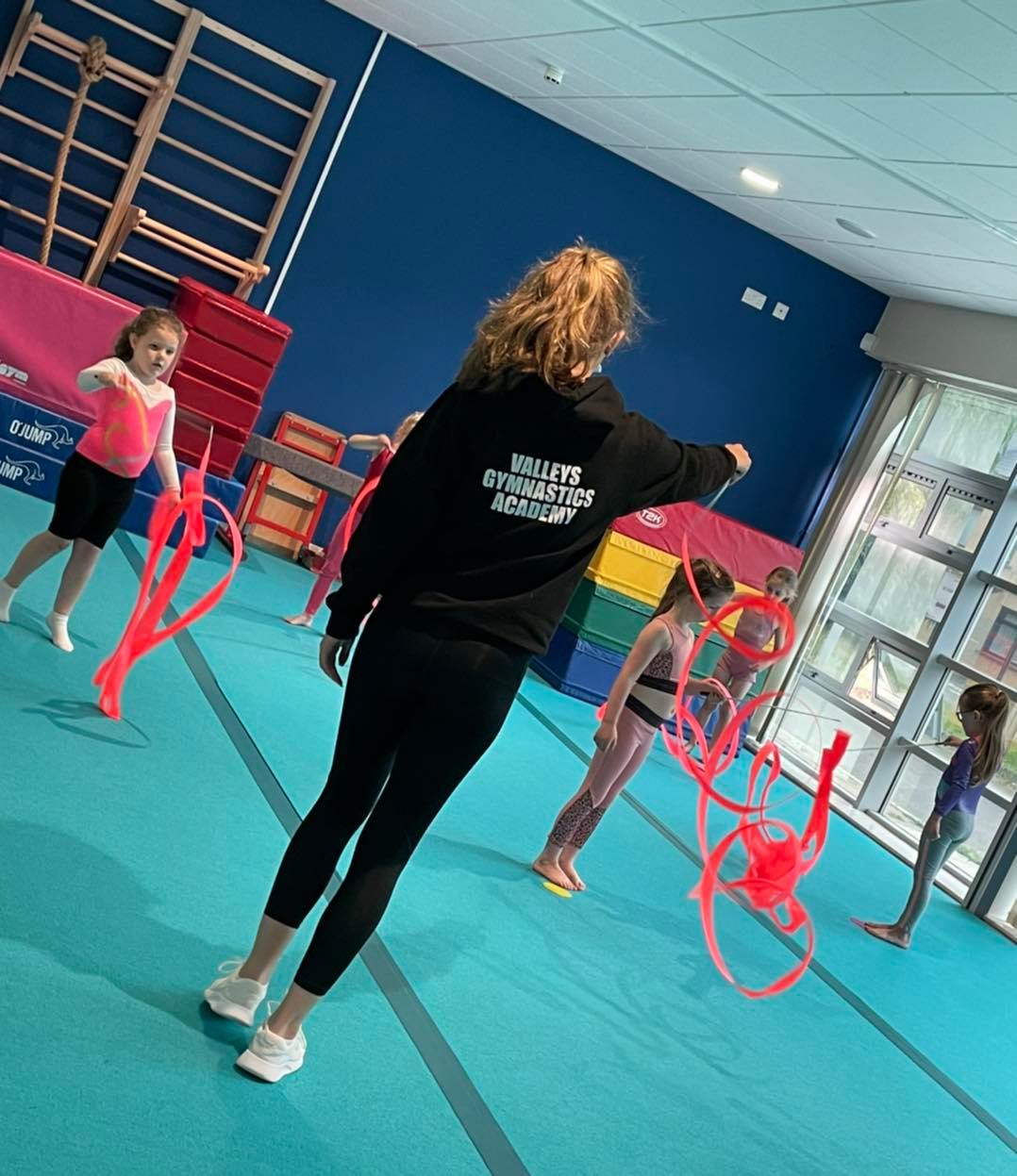 Holly Broad, Performance Pathway Manager at Welsh Gymnastics, said: “It has been great to see so many clubs from across Wales involved with the rhythmic recreational pilot programme.

“Our aim is to raise the profile of the discipline, whilst helping clubs and coaches introduce recreational sessions into their provision.

“Feedback from participating clubs has been fantastic and we look forward to rolling the programme out on a larger scale over the coming months.”

If any clubs wish to get involved and take part in rhythmic gymnastics, get in touch with your club development officer or email Development@welshygmnastics.org