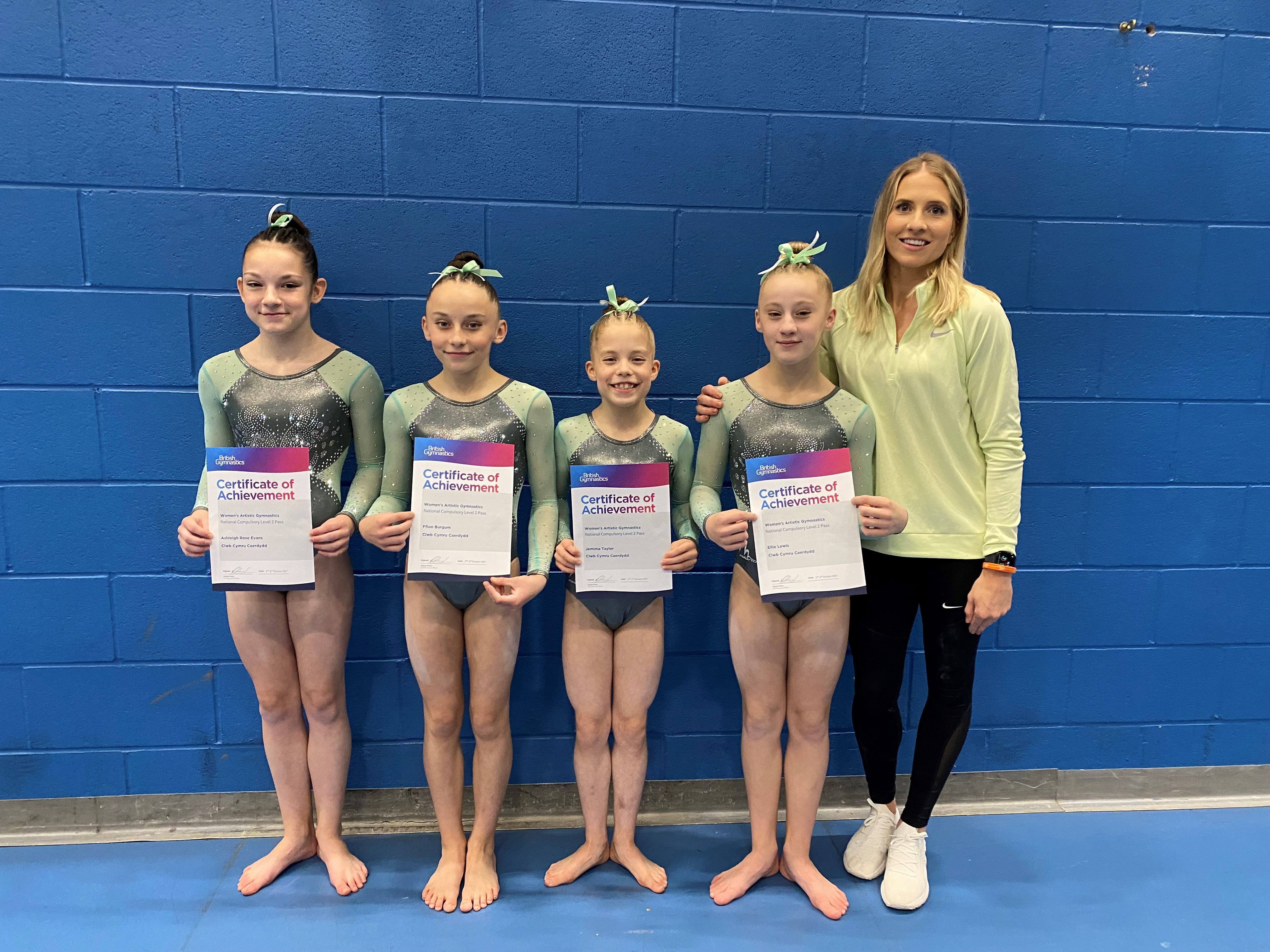 This was the first British Gymnastics women’s artistic event with a full audience since March 2019.

The event took place over two days (2nd – 3rd October), with 144 gymnasts from all over Britain taking to the stage – including five from Wales.

To advance to the British Championships and continue along the high performance pathway, gymnasts must pass their British Compulsory Level 2.

Jemima Taylor passed with flying colours to take the overall title across all ages, being crowned British Level 2 champion. Jemima, originally from the City of Newport Gymnastics Academy, has been training at Sport Wales National Centre under the guidance of the national coaches since the age of 7.

All gymnasts passed and are now eligible to compete at the British Championships next momth.

It was also great to see Callie Williams from Torfaen Academy of Gymnastics compete at this level, showing great promise for the future.

Congratulations to all involved.

For all of the results, download the BG Score App.