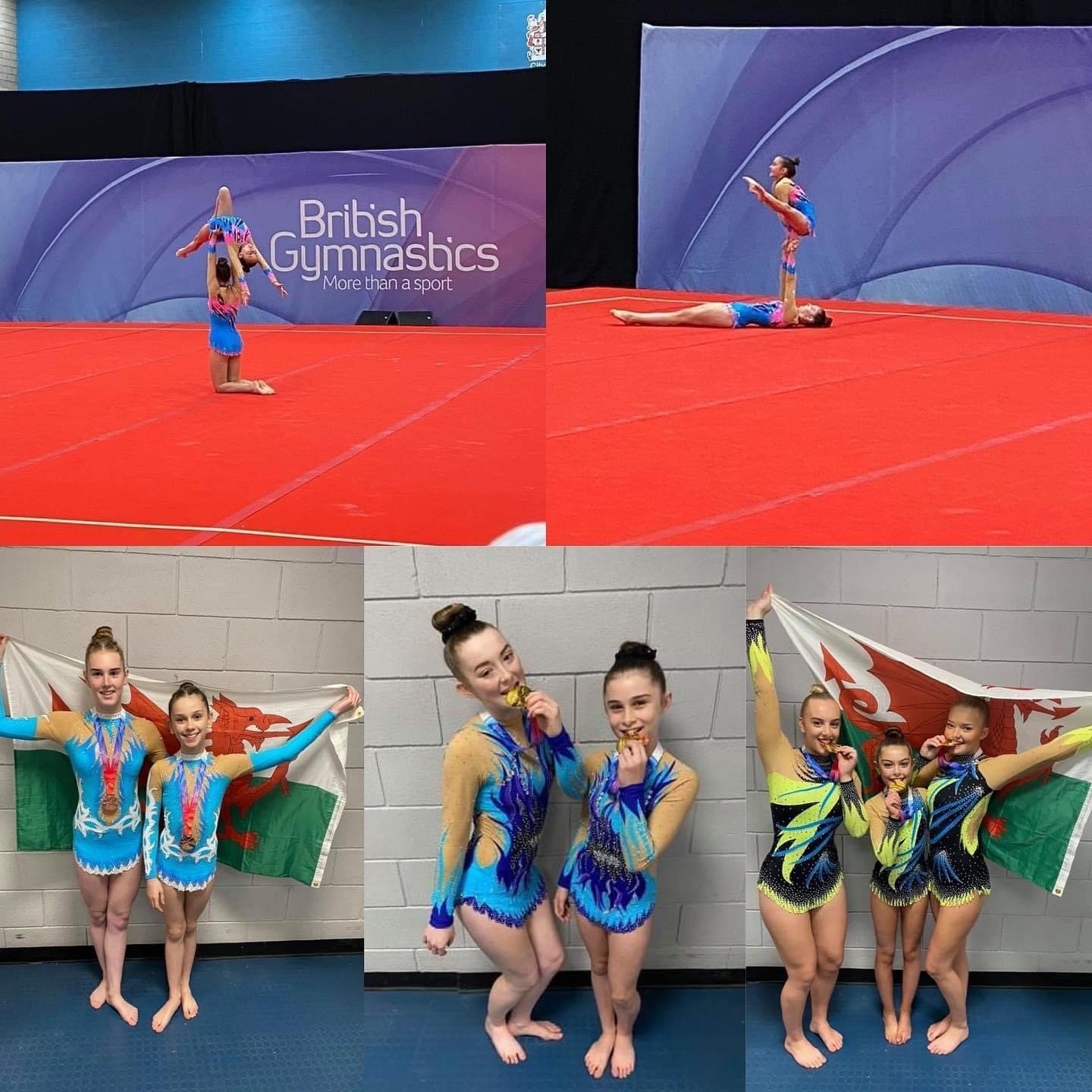 Welsh acrobatic gymnasts from West Street were among the medal winners in Stoke-on-Trent last weekend.

Due to the extended competition break brought about through Covid-19, the weekend saw the 2021 Acrobatic British Championships combined with the NDP, IDP, Youth and Disability regional final events.

It created a two-day celebration of acrobatic gymnastics and was a huge success, with non-stop spectacular routines on display at Fenton Manor.

Aimee Griffiths, Alexia Pope and Lily Thornhill from West Street Gymnastics Centre in Swansea were among those flying the flag for Wales in the regional finals – following a qualification event at City of Newport in early October – and won gold in the Women’s Group IDP 2 (25.500).

Meanwhile in the Acrobatic British Championships, Welshman Dylan Howells and partner Natasha Hutchinson (both King Edmund) were crowned the senior mixed pair British champions with a score of 28.360.

Full results are available here and also via the BG Score App – where each routine can also be watched back.