In the spotlight: Holly Jones 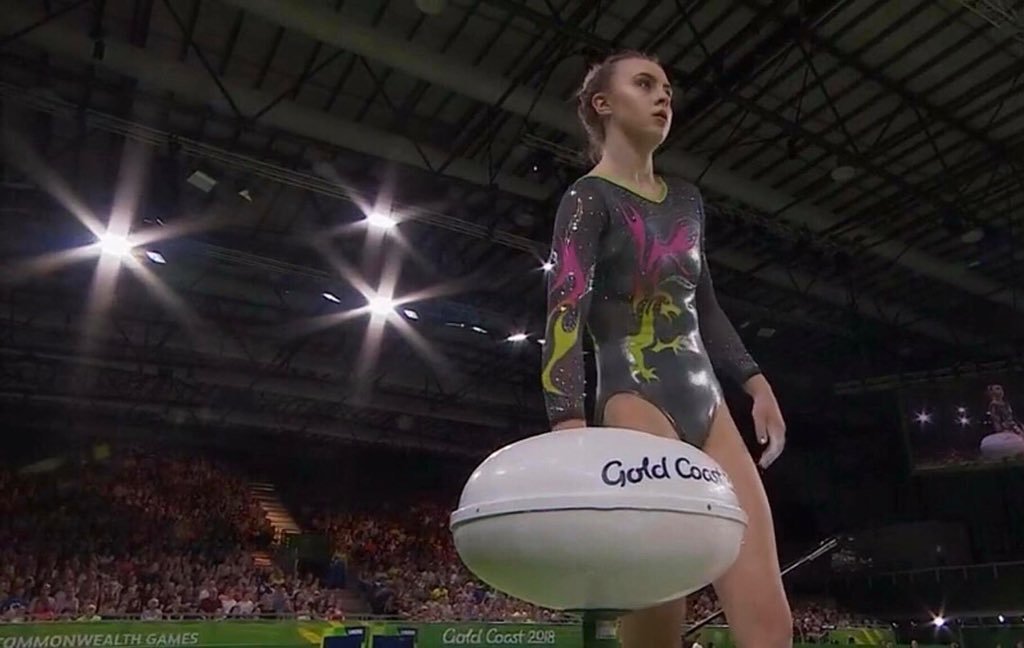 Holly Jones aims to have two teams behind her at next year’s Commonwealth Games – Team Wales and Team Jones.

Jones – who regained the British senior vault title at the recent Women’s Artistic British Championships – has a big year ahead that she hopes will include winning a medal in Birmingham.

At the last Commonwealth Games on Australia’s Gold Coast in 2018, the 20-year-old from Swansea agonisingly missed out on the podium in the vault competition when she finished fourth.

Her mother and father were there to cheer her on Down Under, but with the next Games on Wales’ doorstep, Jones will have no shortage of backing.

“It’s obviously going to be a bit different to Australia. It’s not going to be as sunny and as nice weather, for a start.

“But I’m glad it’s at home because only my parents and my coaches came out to watch me in Australia. I think it’ll be nice to have a crowd and all my family, friends and everyone to come and watch me.

“I just missed out on bronze last time, finishing fourth. So that is one of my main goals for 2022 – to get into the finals, definitely, then hopefully get a medal. That’s the goal.”

Jones has certainly put down a marker with her title-winning performance in Guildford, which came on the back of her winning silver on the same apparatus at the Northern Europeans which were held in Cardiff two weeks earlier.

To become British champion, it required a 13.425 average mark for her two vaults. She also finished sixth on floor and 23rd on beam.

The British title triumph was a repeat of the gold she won in 2018, before a serious knee injury tested her resilience with her second serious injury.

“Competing at the Commonwealth Games in 2018 and also winning vaults at the British in 2018, I was really proud of those achievements.

“Before 2018 in the trials for the Commonwealth Games, I had a really bad back injury. I wasn’t really sure if I would make all of the trials and compete at them.

“That was really hard because I didn’t know what the future would hold – making the Australia team was my dream and my goal and when I found out that I’d really badly hurt my back, I thought it was over.

“For everyone in sport, I would say just have fun an enjoy the learning experience.

“There’s going to be lows and highs, and when you feel like it can’t get any lower or you’ve hit a low and you feel like you can’t carry on, just keep going because it will get better.”

Jones started her gymnastics journey not long after she had learned to walk. She was taken to parent and toddler classes, progressed into recreational groups, and from there into competitive squads, eventually gaining selection for Wales.

But although she set her sights on gymnastics from a young age, Jones is a big admirer of other sports, which is why competing at events like the Commonwealth Games feels so special.

“It’s a fantastic experience. I love multi-sporting events. We don’t do much of it in gym, it’s just all-round, team competitions and just gym.

“But I like seeing and going to watch different sports, the village, seeing everyone around, when you pin swap – the whole lot!”

Originally from Swansea Gymnastics Centre, Jones is now coached by Natalie Lucitt-Jenkins, who also wore red for Wales at the Commonwealth Games in 1998.

It’s a progession and handing on of the baton for her country that Jones herself would one day like to emulate. She has already started taking his first steps into coaching with younger gymnasts.

“But as well as training, I’m coaching at the moment. I’ve got a group of little ones, seven to eight-year-olds that I train, so I definitely want to keep that up and progress with them.

“It’s not just about developing them as gymnasts, but me as a coach as well.

“I want to stay in the sport. I think it’s given me so much, I want to give back. Hopefully, one day I can get those youngsters into big competitions.”