Last weekend saw some of our Welsh tumblers competing in the Trampoline and Tumbling Spring Cup 1 as they started their bid to secure their spot in the National Age Group Championships.

Wales had three clubs – CSOG, Dimax and Deeside – competing in this competition in Telford with some fantastic results. Eight gymnasts competed, with five achieving qualifying scores and currently in position to qualify, while four gymnasts made finals and there were two medallists.

Congratulations to Ieuan Jones (Dimax) and Peter Goldberg (Deeside) who bagged gold and silver respectively in the Men’s 17-21 category. 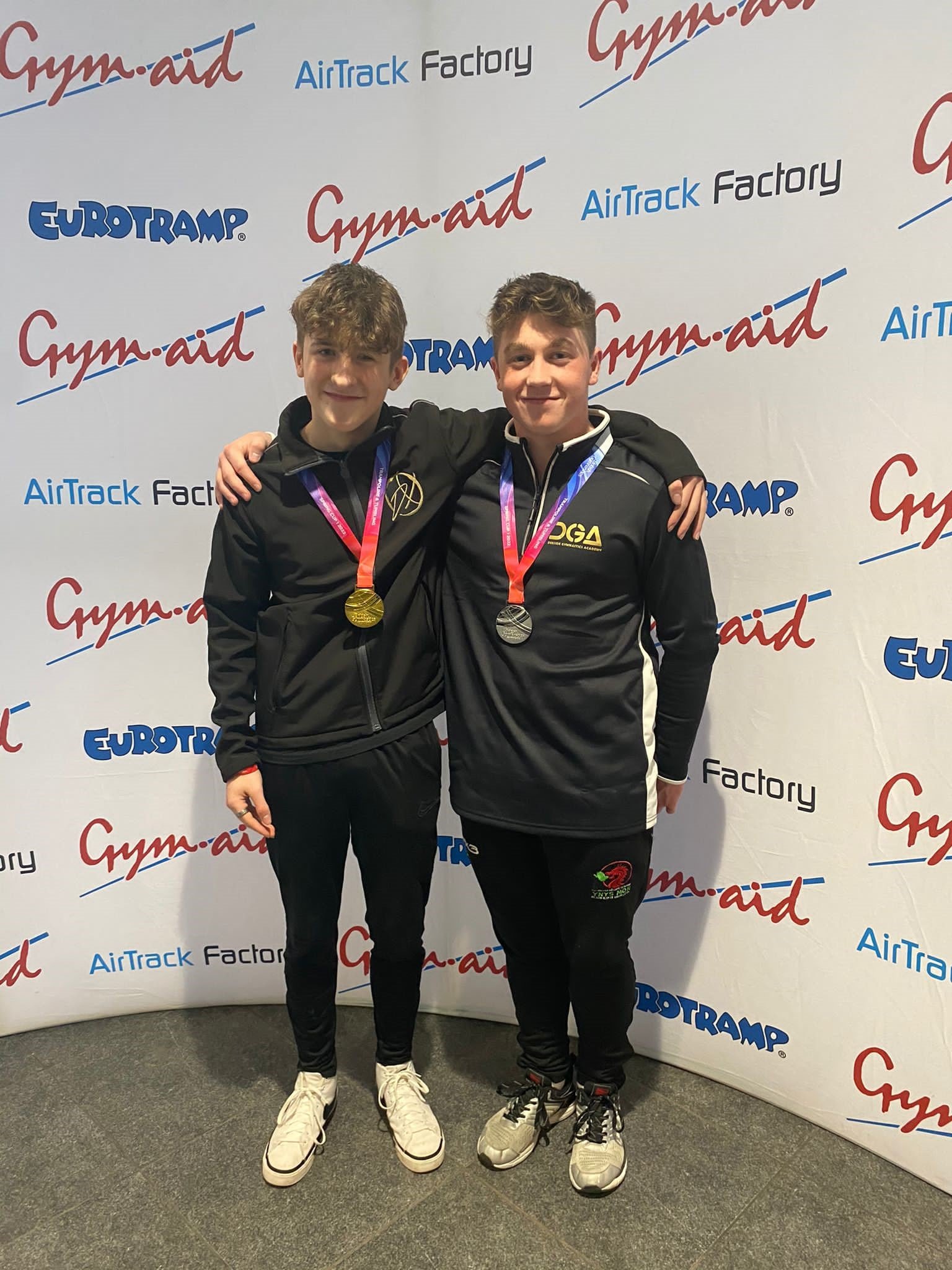 Shannon Ross (CSOG) and Lily Jenkins (Deeside) were sixth and seventh respectively in the Women’s 17-21 final while also hitting the qualifying score was Rhisian Thomas (Dimax) who was ninth in the Women’s 15-16 category.

It was a great start to their campaign and a big well done to gymnasts and coaches alike – including Welsh tumbling head coach Rob Owen as well as our national development coach Josh Hunter, with his personal gymnasts doing exceptionally well.

It’s now back to the gym for further preparations for the next round of qualifiers, which is the Spring Cup 2 taking place again in Telford over the weekend of May 21st and 22nd.

That will give gymnasts have another opportunity to gain valuable competing experience, along with the chance to gain a higher score and potentially a greater chance of a qualifying spot for the National Age Group Finals in Birmingham at the end of June.