The 2022 Welsh Rhythmic Open & Closed Championships took centre stage at Sport Wales National Centre in Cardiff over the weekend with two fantastic days of action across the various categories and age groups.

In the elite (Level 5) seniors, Gemma Frizelle retained her Welsh senior all-around title on Saturday and then returned to Sunday to also win all four apparatus finals to secure another clean sweep.

Saturday saw the Level 4 and Level 5 competitions across the respective under-10, under-12, junior and senior age groups.

Then, on Sunday morning, it was the turn of the gymnasts from Levels 1-3 before a thrilling weekend of action concluded in the afternoon with the open apparatus finals featuring the top eight qualifiers on each piece of apparatus across the Level 4 and Level 5 junior and senior categories.

For the second time in a little over nine months, it was Gemma Frizelle walking away as Welsh senior (Level 5) all-around champion.

It meant she retains the title she won for the first time over the August bank holiday weekend last year, when this event marked a return for competitive gymnastics in Wales – after almost 18 months in hibernation as a result of the COVID-19 pandemic.

For Gemma, it follows on from her two apparatus medals at the British Championships in Telford a fortnight before when he scooped silver with the hoop and bagged bronze with the ball.

Lauryn took silver with an overall score of 93.500 with Emily scoring 79.000 across her four pieces for bronze.

Lauryn took silver in all four events while Emily won bronze in the ball final.

The trio, along with Elizabeth Popova – who didn’t compete here as she continues to work her way back after an ankle injury – now await news on Team Wales selection.

The gymnasts selected to compete at this summer’s Commonwealth Games will be revealed on June 15th. 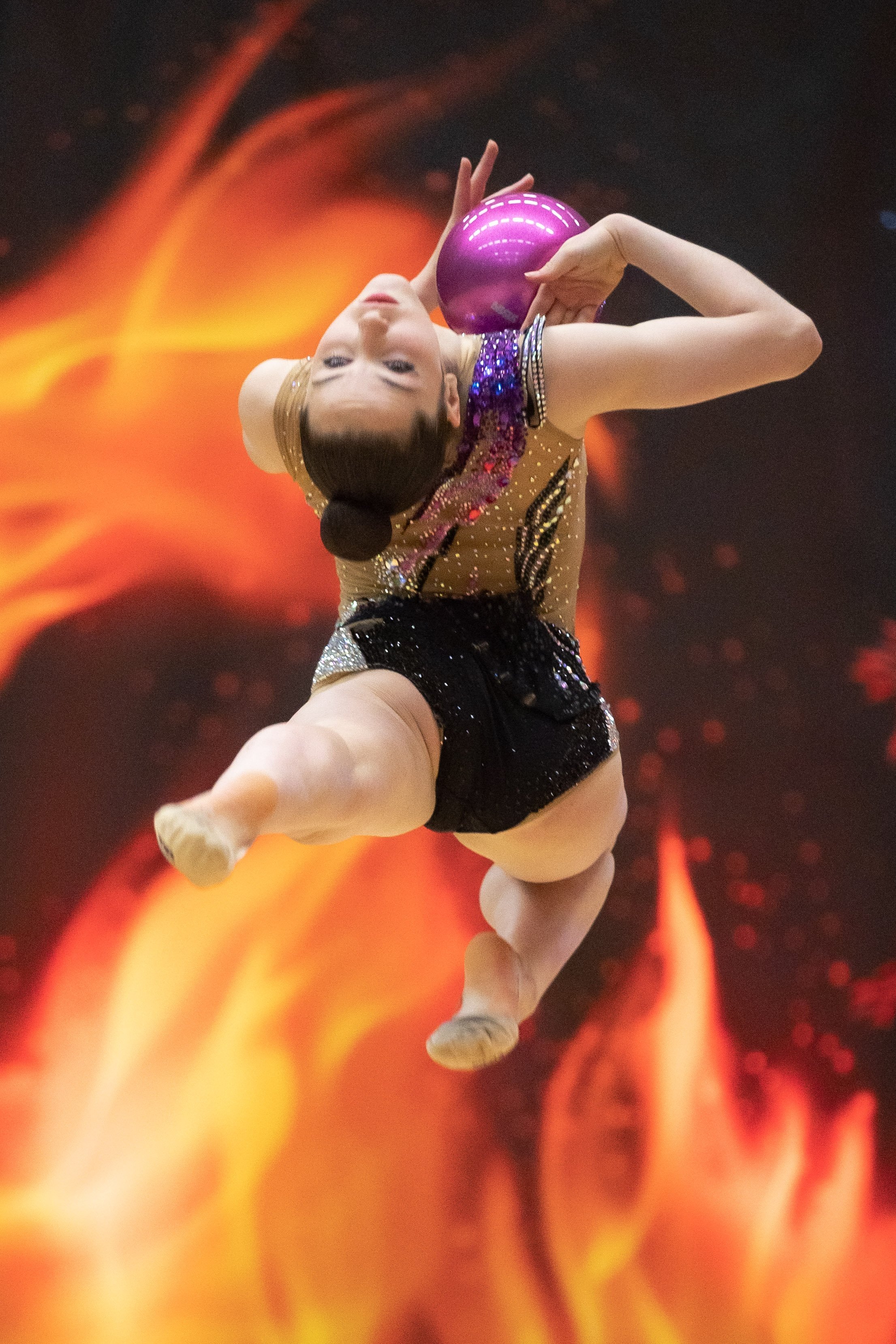 Then on Sunday she also took her place in the apparatus finals and went on to bag bronze medals in the hoop, clubs and ribbon events.

In the under-12 Level 5 competition, British Rhythmic Espoir Squad member Imogen Coslett (Llanelli RGA) capped a memorable couple of weeks as she won with an all-around score of 74.700. At the British Championships two weeks prior she won silver with clubs and was fifth in the all-around.

Congratulations to all of the gymnasts, their coaches and clubs on a fantastic two days of competition.