Has a great coach inspired YOU? Nominate them now for the 2022 UK Coaching Awards!

Home» News» Has a great coach inspired YOU? Nominate them now for the 2022 UK Coaching Awards!» Other news 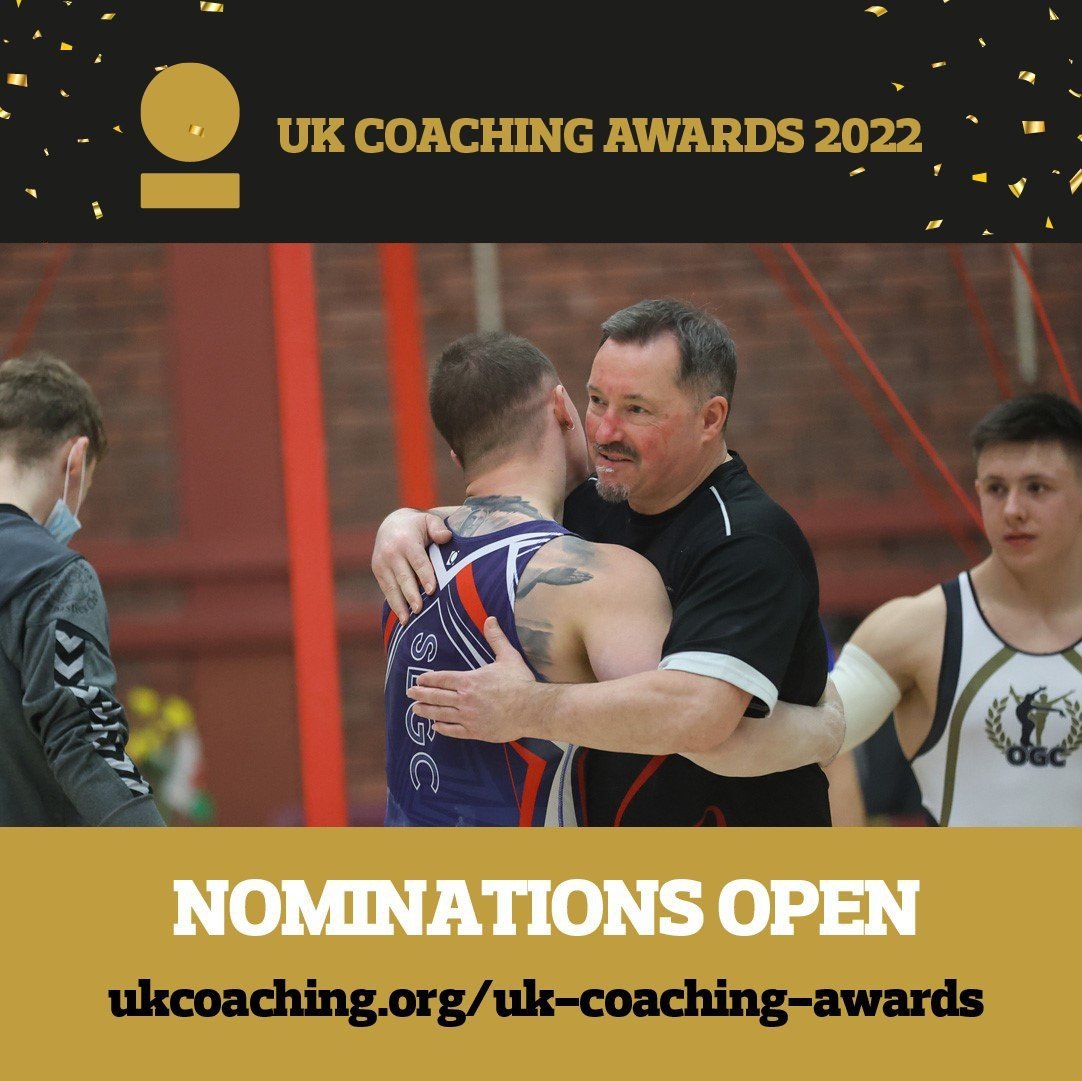 Has a great coach inspired YOU? Well why not nominate them now for the 2022 UK Coaching Awards!

Nominations for UK Coaching’s annual awards are open and will remain so until 10am on Monday 12th September.

These awards – in their milestone 25th year – seek to reward the fantastic achievements of coaches who have truly peaked at their vocation or through volunteering, demonstrating what great coaching means, and helping people to build a healthy relationship with physical activity and sport.

And now is the time to celebrate the great work that coaches do.

UK Coaching has introduced two brand-new awards to recognise the digital transformation of the coaching profession that was accelerated during the pandemic:

Overall, there are 13 award categories being celebrated at this year’s UK Coaching Awards. All celebrate #GreatCoaching and showcase the coaches and organisations that make a difference. Collectively, they are:

*These award categories are not open for public nominations.

Public nominations for the awards will close at 10am on Monday 12th September followed by an independent and impartial judging process.

To ensure welfare is at the heart of the UK Coaching Awards, UK Coaching has a strict set of guidelines and criteria, through which an independent judging panel select the finalists. All finalists are asked to sign and adhere to the UK Coaching Code of Conduct. All nomination information is treated as confidential until shortlists and winners are announced.

For the awards, UK Coaching uses the broad definition of coaching and welcomes nominations on behalf of coaches, instructors, leaders, teachers, trainers, and others who support people to achieve their sport and activity goals.

The 25th UK Coaching Awards will take place at The Queens Hotel in Leeds on Tuesday 6th December.

Nominate a coach for an award

Rearranged TeamGym South competition provides curtain-raiser for 2023
A message to the community from our CEO (October 2022)
Success for Welsh gymnasts at the Trampoline, DMT and Tumbling Inter Regional Challenge Cup Finals