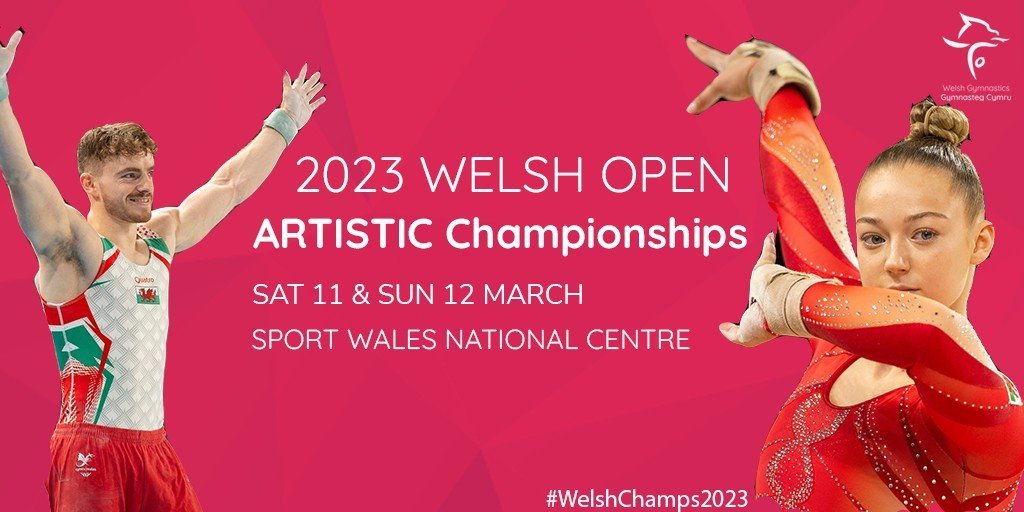 The men’s and women’s artistic Welsh Open Championships return to take centre stage at Sport Wales National Centre in March – and tickets are now on sale for both days.

In addition, this year’s women’s event will also incorporate a British Gymnastics selection trial for the first major championships of 2023. We will have the pleasure of welcoming some of Britain’s top gymnasts to the Welsh capital, including Olympic, Commonwealth, World and European champions and medallists.

So come along and watch your gymnastics idols compete alongside our leading Welsh gymnasts as they battle for the prestigious Welsh titles on what promises to be an action-packed two days of artistic gymnastics over the weekend of 11/12 March.

The women's artistic action is on Saturday 11th with the men's competitions on Sunday 12th.

Tickets will sell fast, so be quick!

Gymnastics Rewards – have you registered yet?
Welsh Gymnastics National Awards to return after three-year hiatus
“I would recommend it to anyone” – Gymnastics Activity Instructor course gets big thumbs up from current British Senior Squad gymnasts